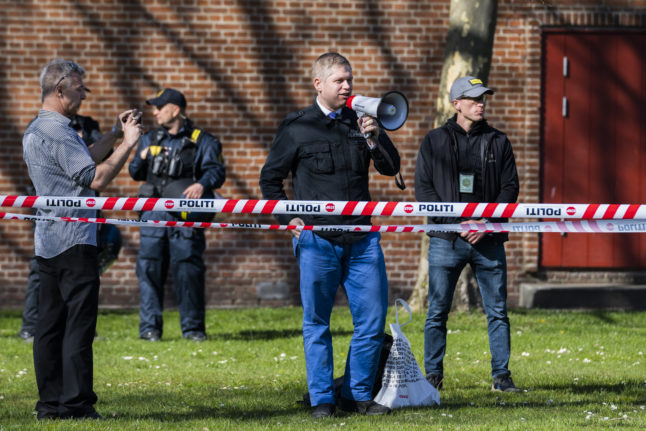 Rasmus Paludan in Denmark on Tuesday April 19th, where he held a koran-burning demonstration in Tårnby, south of Copenhagen. Photo: Martin Sylvest/Ritzau Scanpix/TT

After Rasmus Paludan’s Koran burnings in a number of Swedish cities over the Easter weekend, Sweden has been identified by multiple countries as a country where offences towards Islam are permitted.

“We’ve seen in the past that perceived violations can act as a driving force in the intention to carry out terror attacks,” head of the centre, Ethen Limén, told TT newswire.

The terror threat against Sweden remains at level three on a five-level scale, NCT confirm in their new yearly analysis. This means that an attack could occur.

The fact that Sweden is linked to events which can be seen as offensive towards Muslims or Islam is one example of a factor which could increase the risk of inspiring terror attacks, according to NCT.

After Paludan’s Koran burnings over Easter, news spread over the world and the events have been condemned by a number of countries with large Muslim populations including Saudi Arabia and Egypt, according to newspaper DN.

For the first time, a majority of Swedes are in favour of Sweden joining Nato, according to a new Novus poll carried out on behalf of SVT.

Just one week ago, 45 percent of Swedes were in favour of membership. That figure has now increased to 51 percent.

Finland appears close to saying yes to Finnish membership of Nato, which could also increase the chances of Sweden joining the alliance.

According to Marin, a Finnish answer on the question of Nato membership can be expected “within weeks”. In Sweden, a security analysis is currently being carried out between the government and the parliamentary parties, with a report due on the 31st of May, at the latest. Andersson has hinted, however, that the analysis could be ready earlier.

In order to enter the Swedish parliament, Paludan must win at least for percent of the vote in the upcoming election.

To put that in to perspective, current parliamentary parties the Liberals and the Green Party are currently polling under four percent, and are thereby at risk of losing their representatives in the Swedish Riksdag.

Over the Easter weekend, which coincided this year with the Muslim holy month of Ramadan, he visited, or planned to visit, Linköping, Norrköping, Örebro, Landskrona, Malmö and the Stockholm suburb of Rinkeby to hold “demonstrations”, setting fire to the Koran in order to provoke people living in these areas. Paludan has described these visits as an “election tour”.

At least 40 people have been arrested or charged, many of whom were minors. In total, 26 police officers have been injured.

Swedish vocabulary: att kandidera – to stand in an election

A new work permit law designed to minimise the number of so-called talent deportations, where qualified professionals are deported due to minor paperwork issues, passed in the Swedish parliament yesterday afternoon.

The proposal includes a new work permit for “some highly qualified individuals” to come to Sweden in order to seek work or start a business, as well as a proposal targeting these talent deportations, stating that work permits do not need to be recalled in cases with “minor cases of deviation” from work permit laws, or “if revoking the work permit does not seem reasonable in light of the circumstances”.

Furthermore, work permit holders wishing to bring family with them will need to prove that they can provide for their family members before their applications are approved.

Here is The Local’s guide on the law, and how it will affect foreigners wishing to work in Sweden. 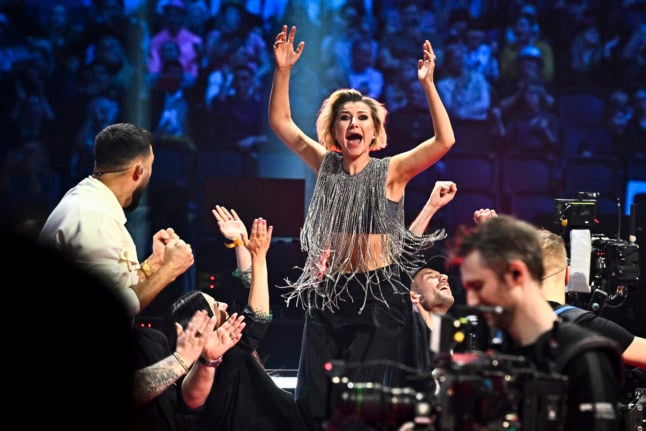 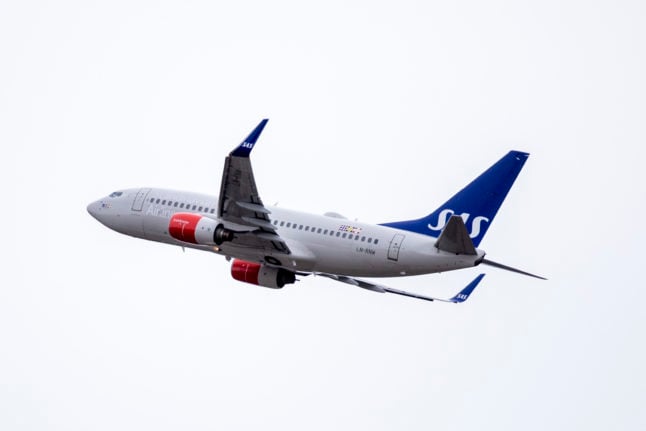