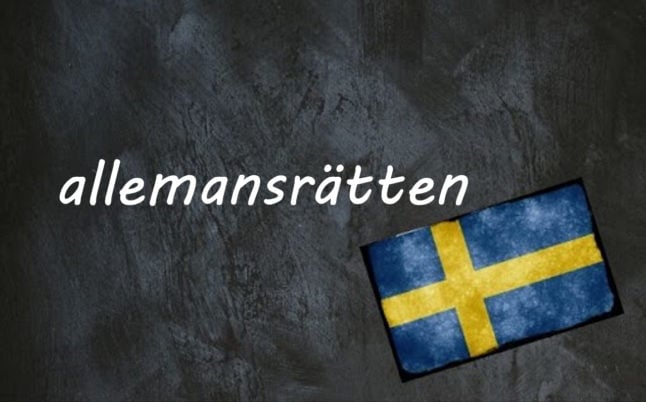 The Swedish right to roam is enshrined in the constitution. But where does the term come from? Photo: Annie Spratt/Unsplash/Nicolas Raymond

Today’s word of the day is allemansrätten. Allemansrätten is often referred to in English as the “right to roam”, and it is often seen as a uniquely Swedish right, even regarded as somewhat of a national treasure. It is closely linked to another Scandinavian concept – friluftsliv, roughly translating as “life in the open air”.

So, where does the word allemansrätten come from?

For much of Swedish history, forests were seen as shared property for those in nearby towns or parishes – areas which were referred to as allmänningar, similar to English commons: pieces of open land for public use.

The word allmän in modern Swedish often refers to something public, such as in allmän plats (‘public space’) or allmänna sammankomst (‘public gatherings’), which often came up in questions over Swedish Covid-19 regulations.

The allemansrätt, therefore, can refer to “the right to common public spaces”, although nowadays it refers specifically to what you can and can’t do when out enjoying Swedish nature.

The Swedish allemansrätt has been enshrined in the Swedish constitution since 1994, with the word allemansrätt first appearing in 1940 in line with authorities wishing to make it easier for urban dwellers to enjoy the countryside, while ensuring that an increase in visitors to rural areas would not pose a risk to nature.

It wasn’t a new idea then, though – precursors to the allemansrätt can be traced back all the way to the 1200s.

The Östgötalag, a medieval law covering Östergötland in south west Sweden, as well as parts of Småland, stated that travellers were allowed to harvest hazelnuts in the Swedish forests, but only enough to fill a glove up to the thumb.

Travellers in the medieval province of Skåneland, encompassing Skåne, Halland and Blekinge, had the same right – under Skånelagen, they were allowed to pick enough hazelnuts to fill a hat.

Curiously, although the Swedish constitution protects your right to “access nature according to allemansrätten“, allemansrätten is not actually defined anywhere in Swedish law, leaving it up to interpretation.

The Swedish Environmental Code (Miljöbalken) states that “all who exercise their right to roam or are otherwise present in nature must show consideration and caution when interacting with it”, and the Environmental Protection Agency (Naturvårdsverket) usually define it as inte störa – inte förstöra (‘don’t disturb, don’t destroy’).

In practice, though, allemansrätten gives you the right to roam freely through Sweden’s countryside, with the exception of homes and private gardens. You are also allowed to forage in the same areas, providing you respect nature and give consideration to other people (and animals!) hoping to do the same.

As a rule, you can pick wild herbs, flowers, berries and mushrooms, although some plants (such as rare flowers) are protected, meaning you aren’t allowed to pick them.

You can only forage the flowers and berries which grow back each year – no digging up plants or roots in a way which will damage the plant.

In contrast to medieval Sweden, you’re not allowed to forage nuts or acorns without the landowner’s permission, unless they’ve already fallen to the ground.

Camping is also covered under allemansrätten – a couple of tents can camp for one or two nights, as long as they are placed away from farms, pastures and planted areas, as well as far enough away from private homes so that they don’t disturb residents.

Those wishing to camp for longer or in a larger group must ask the landowner for permission first – and if you’re not sure if you legally need to ask for permission or not, it’s probably best to do so anyway, just to be on the safe side.

You aren’t allowed to camp just anywhere in national parks or nature reserves either – only in specifically signposted areas, and some national parks don’t allow camping at all.

Local municipalities may have their own rules about camping in parks and areas often used for outdoor sports, too – you can usually find information on this by contacting the local municipality or the police.

Be careful about fires, as well. Allemansrätten doesn’t give you any specific right to start a campfire, and if you do so, choose an area where there is no risk of damage to land or vegetation, and no risk of the fire spreading. In terms of kindling, you can take fallen pinecones, loose twigs and branches you find on the ground, but you’re not allowed to cut down or take branches or twigs from living trees for your fire.

Don’t chop up dead trees either – they’re important for biodiversity and provide a home for many different kinds of insect.

Popular outdoor recreation areas often have designated fire or grill areas where you are allowed to start a fire, although summer dry spells often result in fire bans, so it’s a good idea to double check before you go to make sure there are no bans in effect.

The right to roam is not just a right, you also have a responsibility to look after nature.

The Swedish right to roam is a national treasure! 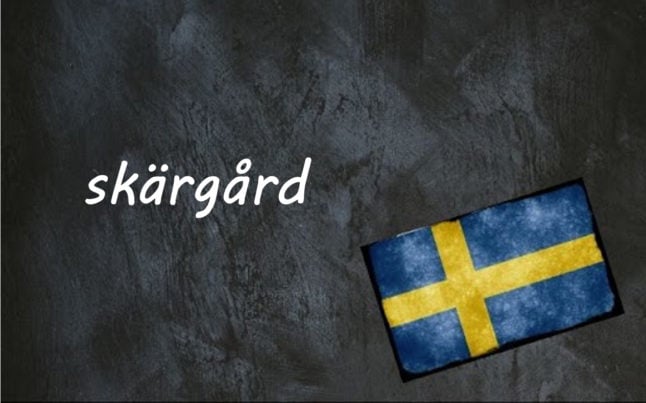 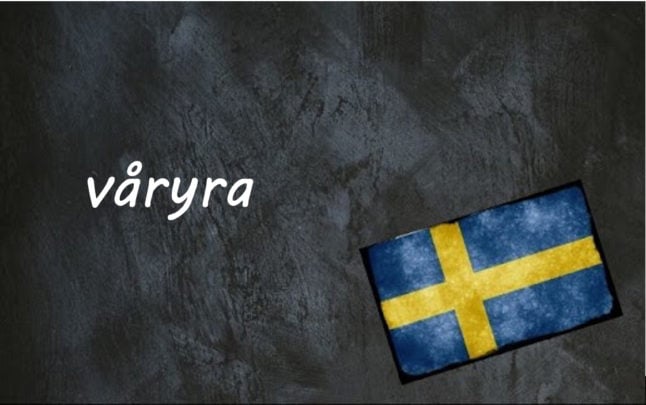 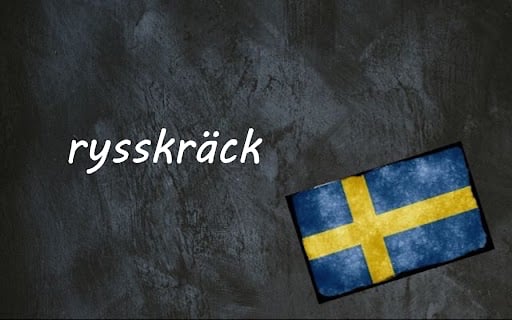 Prior to the invasion of Ukraine, the term rysskräck was used disparagingly towards those who warned of the threat Russia posed to Europe, dismissing them as paranoid russophobes.

Indeed, those who cite the threat from Russia as a reason for or against joining Nato may be accused of carrying out rysskräckspolitik – politics exploiting a public fear of Russia.

The term has existed in Swedish for over a century – it first appeared in the Swedish dictionary in 1907, although Sweden’s distrust of Russia stretches even further back in history.

One of the most simple explanations for this distrust of Russia is the fact that, despite Sweden’s two hundred years of neutrality since the Napoleonic wars, tens of thousands of Swedes have fought and died in wars with Russia in Swedish history.

This includes over 30 wars between Sweden and Russia, often over control of the strategically-important Gulf of Finland linking Helsinki, Tallin and St. Petersburg, stretching from the 12th century to the 19th century, with both sides gaining and losing territory on multiple occasions.

Gustav Vasa, Sweden’s King between 1523 and 1560, used anti-Russian propaganda to stir up rysskräck and encourage support and recruits for his wars wth Russia, even describing Russia as Sweden’s “gamla arvfiende” or “old inherited enemy”.

A Swedish phrase which began around this time to describe Russian attacks is “Ryssen kommer!” or “The Russian is coming!“. Linguistically, “Ryssen kommer!” is interesting, as it refers to an individual Russian, rather than the Russian state.

Finland, which today is the only country separating Sweden from Russia, was for hundreds of years ruled by one of the two countries, meaning that they shared a land border until Finland became independent in 1917.

Indeed, Russia is one of only two states which has ever occupied part of Sweden – the other is Denmark. Over the years, Denmark has lost territory and Russia has gained it, leading to Swedish fear of the Danes lessening and fear of Russia growing.

Swedish territory once stretched as far east as the now-Russian city of Vyborg in Karelia, on the Russian-Finnish border, which was founded by Sweden in the 1200s.

Vyborg which survived at least five attacks by Russia between 1411 to 1710, when it became part of Russia following the Great Northern War, was considered to be Sweden’s easternmost fortress, militarily at least as important for Sweden as Kalmar or Stockholm.

Refugees displaced by this war also contribute to the history of rysskräck in Sweden – thousands of refugees fleeing from what used to be Swedish territory arrived in Stockholm in the early 1700s, bringing with them stories of destroyed farms, death marches and Russian plundering by Peter the Great’s forces.

When Finland – formerly Swedish territory – was occupied by Russia just a few years later, a second wave of refugees arrived in Sweden with new stories of Russian atrocities, further fanning the flames of Swedish rysskräck.

Another, different wave of refugees arrived in 1917 following the Bolshevik revolt in St. Petersburg, where thousands of formerly well-off middle-class Swedish-Russians fled the city for Sweden, arriving penniless. The Swedish press gave much attention to their situation, using it as a depiction of Russia’s barbaric behaviour and further adding to Swedish rysskräck.

After the Russian revolution in 1917, rysskräck was often combined with kommunistskräck, or fear of communism, particularly among the right – especially after the 1939 Winter War, where the Soviet Union attacked Finland, as well as during the Second World War where the Soviet Union increased their territory in Europe.

After 1989 rysskräck decreased somewhat, as Swedes hoped that the fall of the Soviet Union would mean an end to the Cold War and peace and democracy in Russia, but this trend has reversed in recent years following Russian military aggression in Georgia, Crimea and now, war in Ukraine.

Now, following years of Russian threats if Sweden or Finland join Nato, as well as this increased military aggression, rysskräck in Sweden is back.

According to a survey carried out by Novus on behalf of SVT in January this year – prior to the Russian invasion of Ukraine – 59 percent of Swedes answered ‘yes’ to the question “are you afraid of Russia as a world power?”.

This may just be due to Russia’s recent military activities in Europe, but some Swedes may also see this as a confirmation of what they’ve been wary of all along. 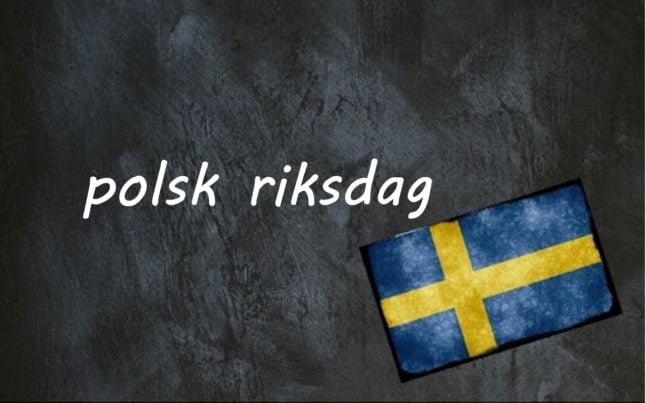 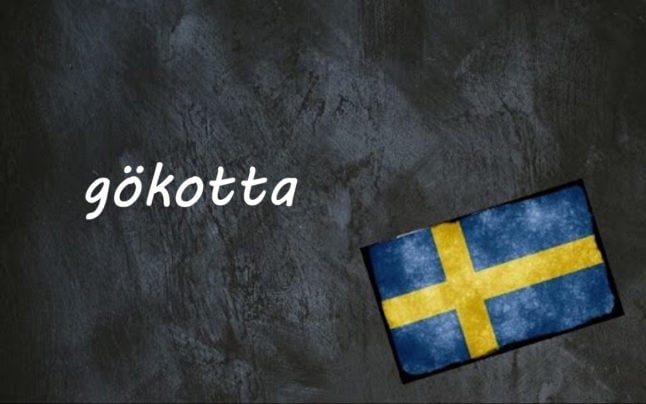