“It’s easy to forget that 100 to 150 years ago, Sweden was a developing country, with a huge class of poor people with no education whatsoever. And we did this huge lift of a whole nation. And we can do this again,” she says. “But it needs resources, it needs political will.”
You can read our full party leader interview with Märta Stenevi here. 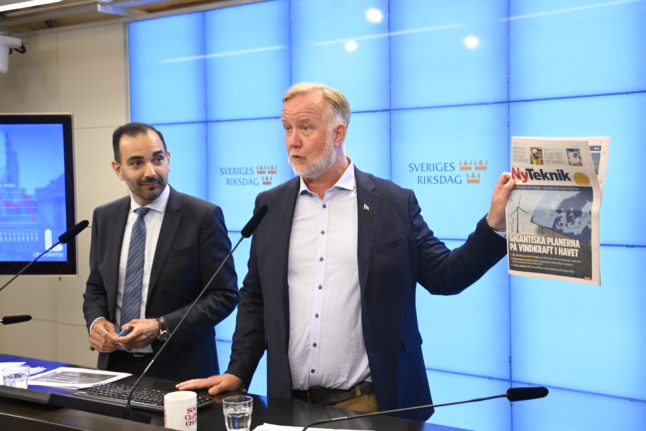 According to a poll carried out by Novus for state broadcaster SVT, support for the Liberal Party has leapt by 1.5 percent to 5.0 percent, putting it safely over the four percent threshold for entering parliament, and within a whisker of the Centre Party’s 5.4 percent.

The party’s new leader, Johan Pehrson, played down the impact of his own leadership.

“I hope and believe that this is because many people like the political issues we’ve been pushing for a long time,” he said. “It could be because of a good energy politics, not least nuclear, the Nato issue, the schools issue, and that people are tired of the way many other parties claim to be smart on the basis of hindsight.”

Three months ago, under Perhson’s predecessor Nyamko Sabuni, the Liberals were languishing far below the four percent threshold and looked set to be ejected from parliament after the election.

Torbjörn Sjöström, Novus’s chief executive, said that there was no political issue in which the Centre Party dominates today, with only eight percent of voters ranking them best for business, and the Moderates having greater support on the environment and climate.

Elin Larsson, the former vice chair of the Centre Party’s student organisation, said that the Centre Party had been struggling to position themselves since backing a new Social Democrat government in January 2019.

“I think It’s been hard to find a position in this parliamentary term, and show voters what a vote for the Centre Party means,” she said. “There’s been a focus on what other parties do and think, rather than on their own policies.”

She said that while Centre appeared stuck fast to the issue of how to handle the Sweden Democrats, other parties had moved on to other issues, giving them a new momentum.

“That’s why Magdalena Andersson seems like a breath of fresh air and  even Johan Pehrson’s arrival has changed the position for the Centre Party. Annie Lööf suddenly looks a little dated.”