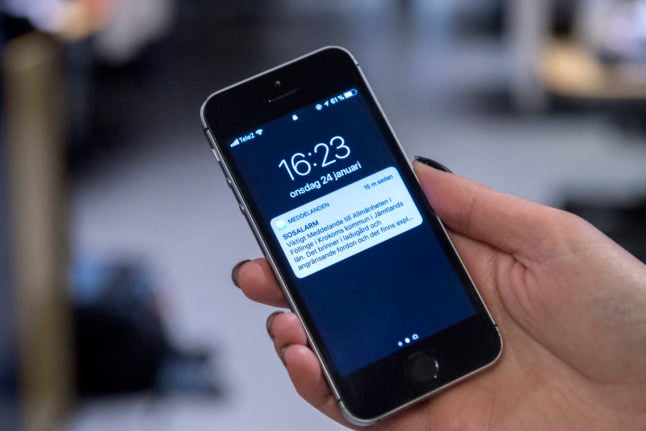 What is a VMA and when are they issued?

VMA stands for viktigt meddelande till allmänheten, “important message to the public”. A VMA will usually be addressed to everyone located in a specific area where something serious has happened which constitutes a threat to life, health, property or the environment.

When authorities decide to issue a VMA alert, it will be broadcast on public service and TV, as well as on certain websites such as SVT news and krisinformation.se. Some private radio stations also broadcast the alerts, although they have no legal requirement to do so.

Since 2017, warnings have also been sent via SMS to people in affected areas. The sender for these messages will be listed as “SOS Alarm”, so it’s important you read any messages coming from this sender. You don’t have to sign up for these SMS alerts: they are issued to any phone number currently in the relevant area.

Some apps are also signed up to the VMA alert system. These are SOS Alarm, Krisinformation.se and Sveriges Radio.

What do the messages say?

Usually, a VMA will be no more than a few sentences, starting with the phrase viktigt meddelande till allmänheten. This is usually followed by the area affected, then a short sentence detailing what has happened, followed by any instructions from the fire service.

What should I do if I get one?

Read the message carefully and figure out if it applies to you. If it does, do what it says. Often, in the case of a fire, this will be no more than closing your doors and windows and staying indoors. In the case of a different type of emergency situation, such as a gas leak, the message may tell you to call 1177 if you start to notice any effects. 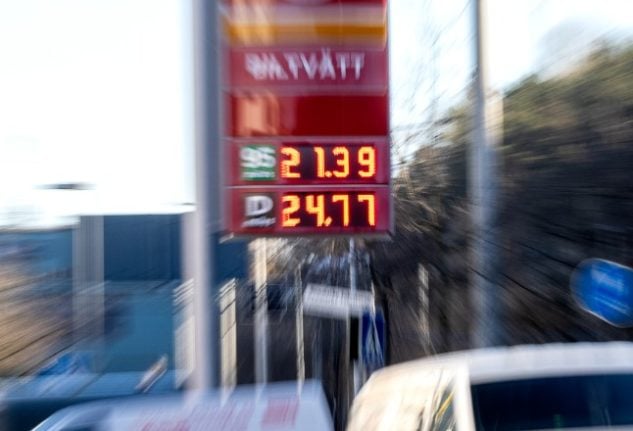 ECONOMY
EXPLAINED: Sweden’s rising prices and what’s being done to stop them

At first I bought one of those super-bright therapy lamps. Perhaps it was the winter darkness that was making me feel this way. In my head, it felt like trying to wade through thick, sticky mud. Like permanently cycling uphill.

There were times when I just had to stay in bed, especially at the weekends, or take a long nap in the afternoons. Perhaps I was just getting old? I lost my lust for reading, my alcohol intake went up. I developed a short fuse and would lose my temper over nothing.

Maybe I was depressed? I went to vårdcentralen, the local healthcare centre. They tried various drugs on me, to little effect. Eventually they sent me to a psychologist. “You’re not depressed, you’re clinically exhausted,” she said. “You should do less.”

It was a good diagnosis, but telling me to do less was like asking a fly to crawl out of a spider’s web. I needed help. My life required major surgery.

As I neared my actual burnout, I tried plunging into very cold water. I was like Rutger Hauer’s character in Blade Runner, who senses that he is dying and drives a nail through his hand to keep himself alive.

Last week, we looked at Sweden’s epidemic – in which I am a statistic – of what they call “hitting the wall”, known among doctors as exhaustion syndrome (utmattningssyndrom). The medical term in English is “exhaustion disorder” (ED).

My experience with the condition shows how hard it can be to identify, even for health professionals.

It all started in the mid-1990s, when doctors in Sweden realised they were seeing people with a common set of symptoms.

Patients were very tired, their heads were in a mess, they found it hard to read or absorb information, and they felt generally crappy. Sweden had been through a deep economic crisis and many people had lost their jobs. For many, this was a period of major upheaval.

From this, a new diagnosis emerged for exhaustion caused by chronic stress; it was officially recognised by Sweden’s medical establishment in 2005. Since then it has been gradually – and unevenly – implemented in clinical practice. There is a considerable overlap between ED and clinical burnout, which is recognised abroad. However, ED is unique to Sweden in that it includes not only work-related stressors but also those that occur in private life.

According to Sweden’s National Board of Health and Welfare, someone may have ED if they experience all three of A, B and C below:

A. Physical and mental symptoms of fatigue for at least two weeks, with symptoms having developed as a result of one or more identifiable stressors that have been present for at least six months

B. A clear picture of impaired mental energy, reflected in reduced initiative and endurance, or extended time necessary to recover from mental strain

C. At least four of the following symptoms should have been present daily during the same two-week period. These should cause clear suffering or impaired function at work or in other social contexts, and should not be caused by drugs, medicines or disease:

“Dizziness and sound sensitivity”? Yep. “Significant physical weakness”? From cycling 50km for fun, I went to finding it exhausting to take a gentle stroll.

Some clinicians find the ED diagnosis problematic. There are no studies to show how ED is distinct from depression or even how it differs from normal tiredness among healthy people, as Christian Rück, professor of psychiatry at Stockholm’s Karolinska Institute, points out.

The danger is that we medicalise symptoms that are just part of normal life, he says, defining people as sick when actually they are not, and subjecting them to ineffective or unnecessary treatments.

The uncertainties around ED mean that Sweden doesn’t even know for sure how many cases there are, or whether the number is rising or falling. “Many doctors do not accept the diagnosis, and not all vårdcentralen use it,” says Kristina Glise at Gothenburg’s Institute for Stress Medicine, who was one of the group of researchers who originally developed the ED diagnosis.

It is also unclear what treatments work for which symptoms, other than changing how people work. “We have not found measures that can shorten the illness other than at the workplace,” Glise says. Since 2018, employers have been legally responsible for taking an active part in the rehabilitation of employees diagnosed with ED.

Swedish trade union Unionen offers the following tips for spotting someone who is heading “into the wall”. The victims themselves are usually not so good at recognising the signs:

During the two years of my battle with ED, I had superb care from a local occupational therapist. She taught me to recognise my symptoms and to re-organise my life so that I learned to work regular hours, take frequent breaks and exercise, and find effective methods to de-stress and relax.

But could I have avoided hitting the wall in the first place?

I regret that nobody was able to warn me of what was coming if I didn’t take the necessary steps. Hopefully, this and my previous article might encourage you to do so. 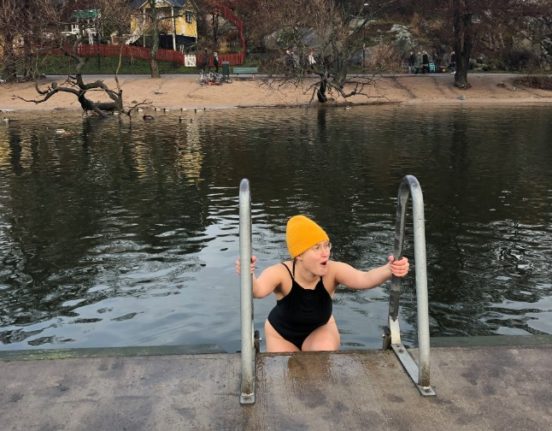