Flags flutter in the wind outside Nato headquarters in Brussels. Photo: AP/Olivier Matthys

The war has convinced many Finns and Swedes to rethink their longstanding aversion to Nato membership, with Finland’s president and prime minister on Thursday pressing for an application “without delay” and Sweden contemplating a similar move.

Since 1994, both countries have been part of the Partnership for Peace programme with Nato, and have contributed to Nato-led missions in the Balkans, Afghanistan and Iraq.

But outright membership would deepen the alliance’s pool of ready-to-send forces at a time when Russian President Vladimir Putin appears increasingly hostile to any expansion of Europe’s influence.

“If these two countries were to join, it would strengthen Nato’s deterrence — and if deterrence failed, its collective defence — across the Arctic, Nordic, and Baltic regions,” said Leo Michel, a researcher at the Atlantic Council.

“They would also apply their regional expertise on Russia to Nato decision making,” Michel wrote in a recent research paper titled “Geography Matters.”

Finland has maintained a relatively large army since the end of the Cold War, with 12,000 soldiers, a fleet of 55 F-18 fighter jets — soon to be replaced by next-generation F-35s — and some 600 artillery pieces.

Sweden, for its part, has an army of 50,000 soldiers and in 2017 ordered a partial reinstatement of the mandatory military service that was ended in 2010.

And since Russia’s 2014 annexation of Crimea from Ukraine, Sweden has steadily increased defence spending to 1.2 percent of its gross domestic product — though still below the 2 percent threshold sought by Nato.

‘Not a small burden’

That military might would be all the more critical if Finland joins, greatly extending a direct Nato land border with Russia that until now exists with only Latvia, Lithuania, Estonia, Poland and Norway.

“It’s 1,400 kilometres of additional border to defend. That’s not a small burden for Nato,” said one European official, on condition of anonymity.

It would also be the biggest expansion of Nato since the Baltic states joined in 2004 — likely to be viewed by Putin as another incursion on Russia’s sphere of influence no matter how the war in Ukraine unfolds.

“The Russian invasion proves Putin’s willingness to eschew international norms and use military force in a war of aggression,” said Michael Shurkin, a US political scientist and former CIA analyst.

“Another war against one of Russia’s neighbours is not implausible. It’s a real possibility for which those neighbours and their allies must prepare,” he wrote on Twitter.

Finland in particular, which was invaded by the Soviet Union in 1939, appears anxious to benefit from a defence alliance in which collective defence — Nato’s famous Article 5 — is the bedrock.

“You caused this. Look in the mirror,” Finland’s President Sauli Niinisto said in a message to Russia after announcing his backing for Nato membership along with Prime Minister Sanna Marin.

Like Sweden, “Finland would acquire nuclear deterrence with Nato, something it could not do on its own,” said Charly Salonius-Pasternak, a researcher at
the Finnish Institute of International Relations.

Within Nato, the prospect of two new heavyweight members “is received quite favourably,” a senior European diplomat said, adding that “nobody is pushing
them.”

The shift underscores “the convergence towards a synergy between Nato and Europe on defence,” also seen in Denmark’s decision to hold a June referendum on scrapping the defence “opt-out” that it secured as part of its EU membership.

The war in Ukraine “has significantly reinforced the attractiveness of Nato, because it’s the proof that those who aren’t part of it are vulnerable,” Jean-Baptiste Jeangene-Vimer, head of strategic research at France’s military academy (IRSEM), said just after Russia invaded on February 24.

“It’s going to make stronger, both individually and collectively, the very forces that Putin sought to weaken,” he said. 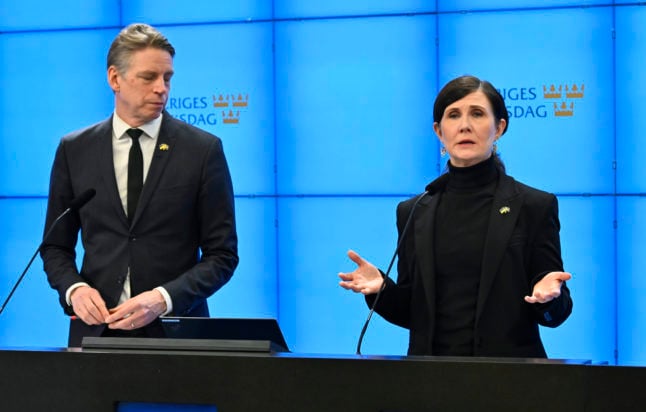 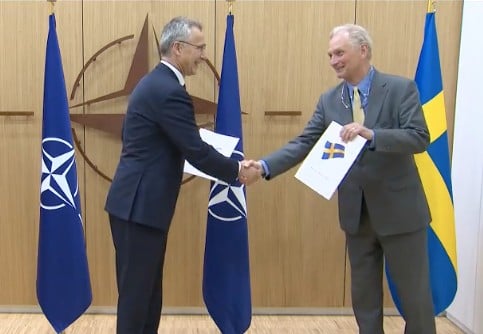