The 257 metre long warship is on its way to Stockholm, although authorities are concerned that it’s too big for the harbour, DN reports.

“We’ll have to see if she’ll fit in the harbour, she’s so large she might have to moor outside,” Rebecca Landberg, marine head of communications, told DN.

The Kearsarge is part of a US Navy Amphibious Ready Group and is mainly used for transporting troops, helicopters, fighter jets and other materials.

The American Navy said on Twitter on Sunday that the vessel is “entering the Baltic Sea to work with Allies and partners in ensuring security & stability in the region”.

#USSKearsarge, flagship of the Kearsarge Amphibious Ready Group and @22nd_MEU, transits the Danish Straits 🇩🇰 and enters the Baltic Sea🌊, May 14.

The Kearsarge ARG-22 MEU is entering the Baltic Sea to work with Allies and partners in ensuring security & stability in the region. pic.twitter.com/dSqJ9SNwMh

The USS Kearsarge isn’t the only military vessel expected to arrive in Stockholm for this exercise – around 40 vessels from 13 nations will be arriving and mooring in the capital in the coming days.

Here’s a video showing the ship working its way through Oxdjupet, a strait between two islands in the Stockholm archipelago.

The Kearsarge will be in Stockholm until June 5th.

This is the 51st time the Baltops exercise has been held, with this year’s exercise including air defence, submarine detection, mine disposal, amphibious operations and medical exercises.

As well as Sweden, 16 other nations are taking part, with Sweden and Finland coordinating with members of the Nato alliance.

The military exercise is being held in parallel with celebration of the Swedish Navy’s 500th anniversary, and will end on June 17th. 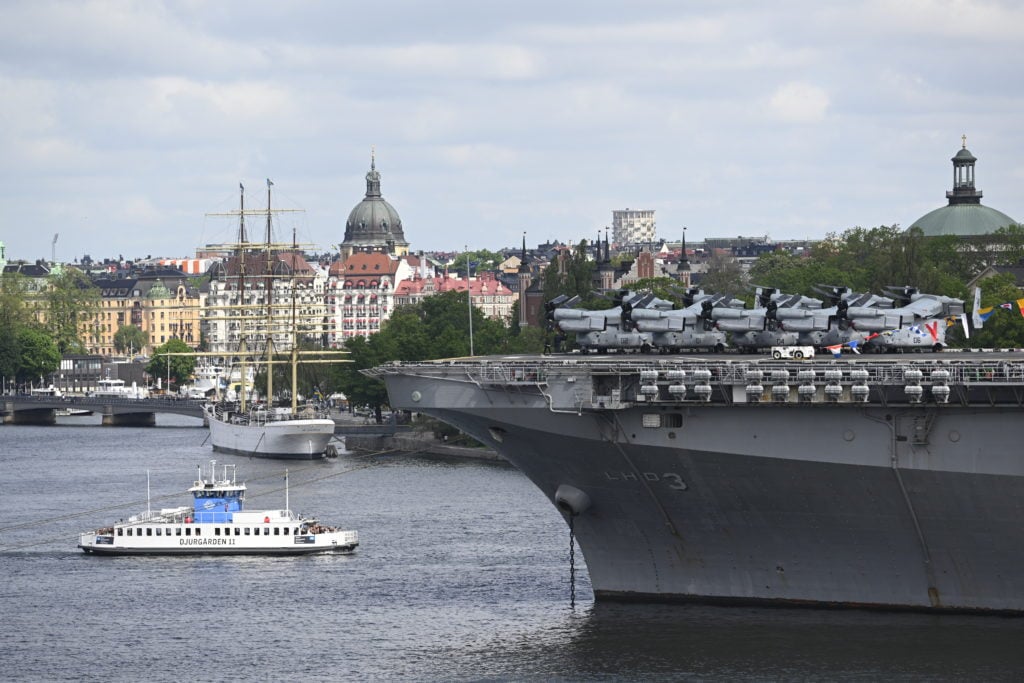 NATO
Sweden ‘to send in Nato request on Monday’
Url copied to clipboard!