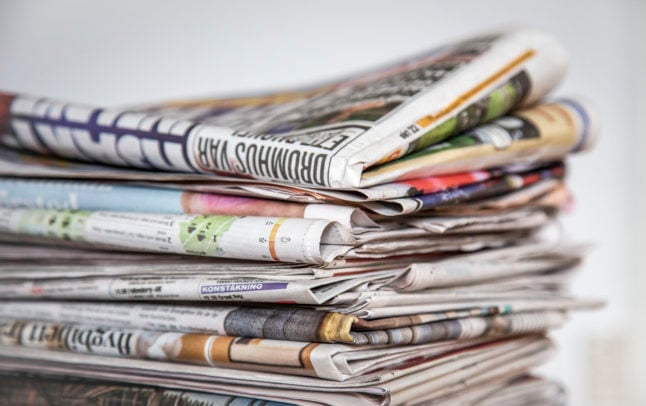 Traditionally, Sweden’s newspapers have been split into two camps: kvällstidningar (evening papers, usually tabloids), and morgontidningar (morning papers, broadsheets). Although the majority of newspapers now have a sizeable online presence publishing at all hours of the day, these traditional categories are still evident in everything from the way newspapers cover different stories to their methods of financing their publications.

The most well-known Swedish kvällstidningar are Aftonbladet and Expressen, which are both national newspapers. These newspapers were traditionally published in the afternoon or evening, reporting on events occurring previously that day. Although they also cover major news, kvälltidningar are more likely than morgontidningar to also cover lighter topics, such as television, lifestyle or fashion.

Sweden’s most popular morgontidningar are DN (Dagens Nyheter) and SvD (Svenska Dagbladet), both daily newspapers based in Stockholm. Although DN and SvD are available outside of Stockholm, they are widely considered to have a focus on the Stockholm region.

Now, however, many Swedes read their news online, where they are more likely to read national papers. Among kvällstidningar, Aftonbladet and Expressen have a particularly strong online readership, and the same can be said of morgontidningar DN and SvD.

Popular regional morgontidningar with a wide readership in their respective regions include GP (Göteborgs-Posten) in Gothenburg, Sydsvenskan in Skåne and ÖP (Östersunds-Posten) in Östersund.

For the same reason, kvällstidningar such as Aftonbladet and Expressen developed eye-catching löpsedlar or newspaper billboards designed to persuade passers-by to buy a newspaper they perhaps wouldn’t have done otherwise. This is one of the reasons behind their coverage of celebrity news, sport and popular culture: they had to sell a large number of papers every day by appealing to the largest audience, whereas broadsheets could rely on a steady stream of subscriptions to finance their output. 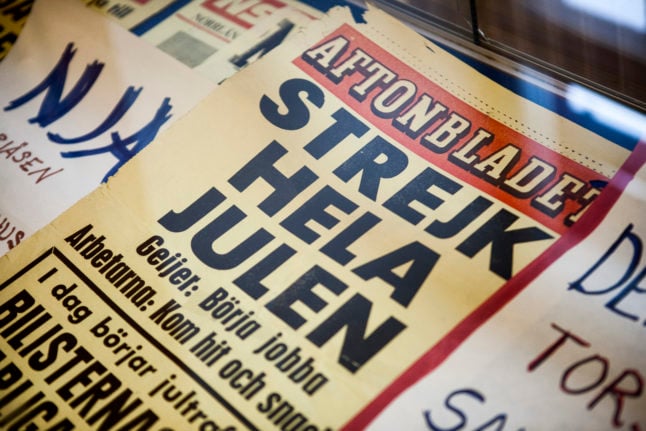 A newspaper billboard from Aftonbladet during miners strikes in 1969.
Photo: G. Rúnar Gudmundsson/TT

Although Sweden’s newspapers are not officially owned by political parties, the majority do describe themselves in some sort of political terms.

Aftonbladet, for example, describes itself as “oberoende socialdemokratisk” or “independently social democratic”. Previously owned by Sweden’s largest labour union LO, Aftonbladet are now majority-owned by Norwegian media firm Schibsted, although LO do still retain 9 percent of Aftonbladet’s ownership and have the right to choose their political editor.

Despite this, all papers do provide space for differing political views and the majority of news stories will be reported in a similarly unbiased manner by all major newspapers, despite their political standpoints.

One of the reasons why Sweden has so many successful regional newspapers with a large readership is presstöd or press support subsidies, which have been given to struggling newspapers since the 1970s, in order to support weak papers in difficult markets. Presstöd originally only applied to printed papers, but has recently been extended to include digital newspapers as well.

Similarly, low VAT on printed newspapers and books (6 percent rather than the usual 25 percent) – which was also recently extended to digital newspapers – has also indirectly benefited newspapers.