The European Union will require all manufacturers use the same USB Type C for charging ports in certain devices. (Photo by Solen Feyissa on Unsplash)

The European Parliament has approved an agreement establishing a single charging solution for frequently used small and medium-sized portable electronic devices. The law will make it mandatory for specific devices that are rechargeable via a wired cable to be equipped with a USB Type-C port.

European Union has agreed a law introducing a standard charger for smartphones sold in the bloc, despite opposition from the iPhone maker Apple. The EU said that by autumn 2024, a charging port known as a USB Type-C will become obligatory for all smartphones, tablets & cameras. pic.twitter.com/PxTjD3Wc63

The rules have been debated for a while, and the announcement of the agreement has caused controversy, especially among tech companies and enthusiasts. US giant Apple has repeatedly lobbied against the standardisation, saying it halts innovation.

The EU says that the new rules will lead to more re-use of chargers and “help consumers save up to €250 million a year on unnecessary charger purchases”. Disposed of and unused chargers are estimated to represent about 11,000 tonnes of e-waste annually, the bloc says.

So, what exactly are the changes?

Which products will be affected?

According to the European Parliament, the new rules are valid for small and medium-sized portable electronic devices. This includes mobile phones, tablets, e-readers, earbuds, digital cameras, headphones and headsets, handheld videogame consoles and portable speakers that are rechargeable via a wired cable.

Laptops will also have to be adapted, the EU says.

Those devices will have to be equipped with a USB Type-C port regardless of their manufacturer.

When will the changes come?

For most devices, the changes are set to come by autumn of 2024. However, the date is not yet set because the regulations need to go to other proceedings within the EU bureaucracy.

After the summer recess, The EU’s Parliament and Council need to formally approve the agreement before publication in the EU Official Journal. It enters into force 20 days after publication, and its provisions start to apply after 24 months, hence the “autumn 2024” expectation.

Rules for laptops are a bit different, and manufacturers will have to adapt their products to the requirements by 40 months after the entry into force of the laws.

Where are the rules valid?

The rules will be valid for products sold or produced in the European Union and its 27 member countries. But, of course, they will likely affect manufacturers and promote more considerable scale changes. 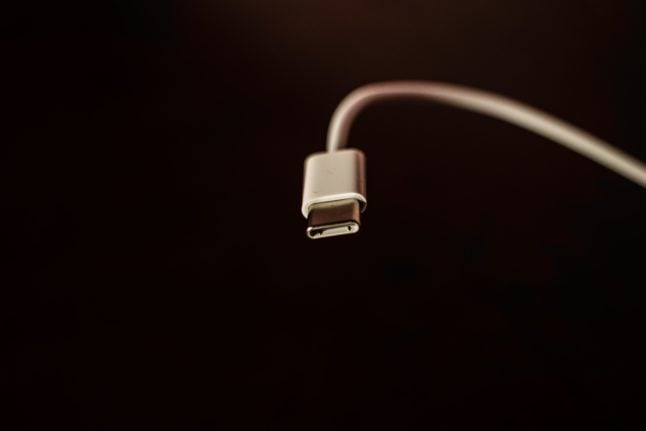 The USB-C cable, with the rounded edges, will be the standard for charging in the EU (Photo by مشعال بن الذاهد on Unsplash)

Why the uniform USB Type-C?

USB Type-C is a standard of charging that has been around for a while but still is one of the best options currently in the market. Also known as USB-C, it allows for reliable, inexpensive, and fast charging. A USB-C port can also be input or output, meaning that it can both send and receive charges and data.

Unlike other ports, it can be the same on both ends of the wire (making it easier and more universal in its use). It can also power devices and sends data much faster.

USB-C can also be used for video and audio connections, so some external monitors can charge your laptop and show your screen simultaneously with the same cable.

What criticism is there?

The project is not without criticism, most vocally from US tech giant Apple, a company that famously has its own charging standard, the “lightning” connection.

Apple claims that forcing a standardisation will prevent innovation, holding all companies to the same technology instead of allowing for experimentation. Still, Apple itself has been swapping to USB-C. Its iPads have already dropped the lightning standard. Its newer laptops can now be charged with the MagSafe proprietary connector and USB-C. 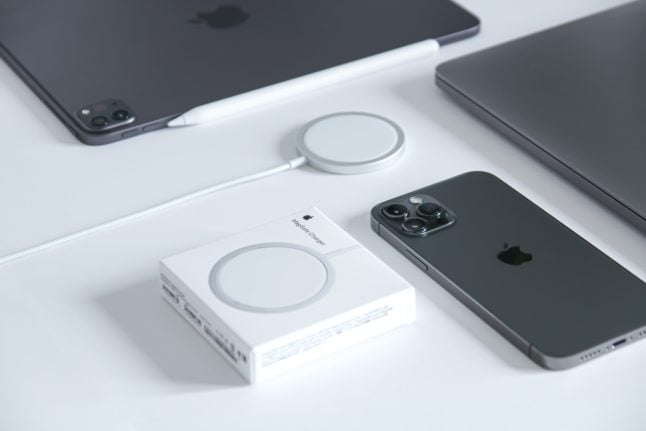 The company’s popular earbuds and peripherals (including keyboards and mice) all charge with lightning. And, of course, the iPhone, Apple’s smartphone, also uses the company’s connection for charging.

While there have been rumours that Apple is working on new iPhones with USB-C connection (though definitely not for the next launch this year’s), the company could go away with wired charging altogether. Instead, like many tech manufacturers, Apple is improving its wireless charging solutions, even creating products dedicated to its MagSafe charging.

It won’t be completely free from the EU regulation if it does that, though. This is because the rules approved by the EU also allow the European Commission to develop so-called “delegated acts” concerning wireless charging. The delegated acts are faster processes that can be applied directly without being put to the vote.

Jellyfish numbers are rising globally because of climate change and human impact on the marine environment, with the worrying trend set to continue.

Researchers report an increase in comb jellies in Swedish waters along with the 2018 arrival of an “alien species” called the clinging jellyfish, which delivers a painful sting.

But they warn there is not enough research to understand the full extent of their impact and further consequences at a local level.

To uncover the extent of the increased amount of jellyfish in the local environment, the writers of this article headed to Vrångö island with Björn Källström, a marine biologist at the University of Gothenburg. We didn’t have to search for long: jellyfish are visible both in the water and on land. 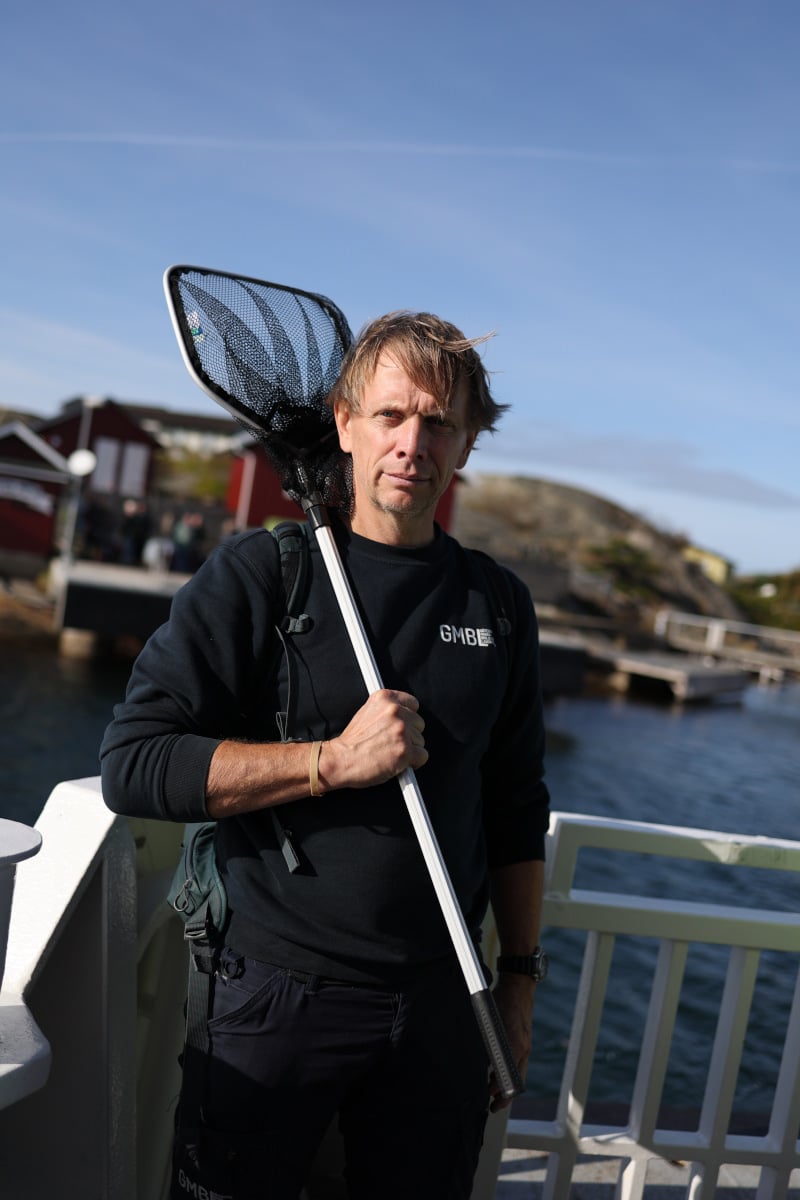 When our team captured an American comb jellyfish, Källström commented: “This is an invasive alien species, which arrived in Swedish waters in 2006. In summer, people in Sweden report thousands of them.”

Aside from reducing the amount of fish in the sea, jellyfish clog nets.

“When fishing mackerel, we can’t catch anything,” Andreas Olsson Wijk, a local fisherman, said. “[The jellyfish] fill the net and it’s impossible to get anything into the boat.” 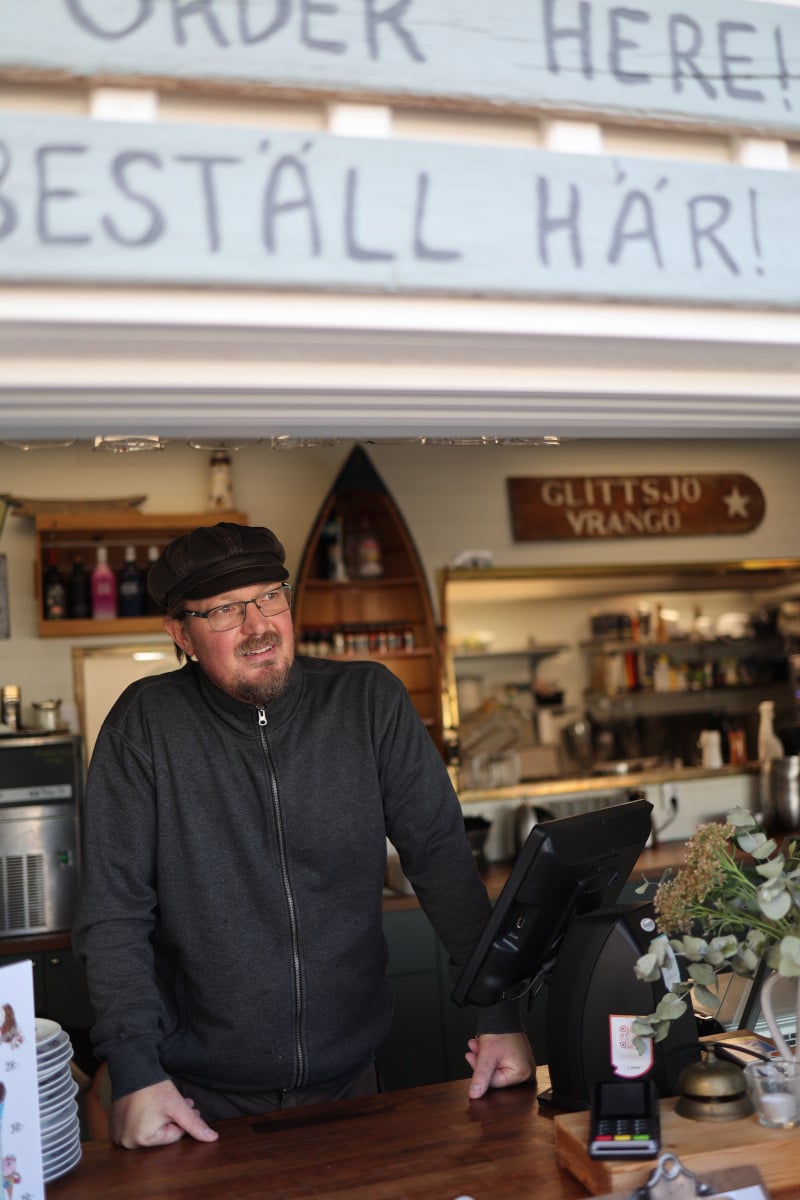 According to Håkan Karlsten, a local hotel owner who has lived on the island permanently since 1991, “small fishing boats have problems because they are not strong enough to take anything. They don’t have tools to take them out, or strong motors to counteract the weight of the jellyfish in the nets.”

Professor Lena Granhag, lecturer of Maritime Studies at Chalmers University, explained that the warming of sea waters, caused by climate change, leads to the presence of the American comb jellyfish in Sweden and the Baltic Sea.

Excessive levels of nutrients in the water, called eutrophication, also contribute to the growth of the jellyfish population. The main nutrients involved in this process are nitrogen and phosphorus, which can be found in farming pesticides and fertilisers.

“More nutrients will lead to more blooms,” she said. “When there are lots of nutrients, algae will bloom. Jellyfish can eat the algae directly, but they actually capture zooplankton – or small shrimp – that in turn have algae on them.”

Källström explained how direct human action is also relevant. Ships can be responsible for introducing other invasive species, like the clinging jellyfish, which “came in 2018 with a big cargo ship to Swedish waters and managed to survive”.

Overfishing is also “a factor leading to more jellyfish”, he added, since fish are one of their main predators.

A jellyfish, or ‘manet’ as they are called in Swedish. Photo: Peter Seenan

Increasing jellyfish are a global trend. Along the coast of Haifa in Israel, jellyfish cause a lot of damage every year, with this increasing in the last few years. The Society of Ecology and Environmental Sciences in Israel points to climate change as a cause, with overfishing and the farming sector part of the reason behind the altered ecosystem.

“The problem in Sweden and in many other places is that we don’t have any long-term series of measurements of monitoring jellyfish. It’s actually quite difficult to say for any place in Sweden or many places in the world that jellyfish are in fact increasing. However, there are several signs of increase,” Källström said. 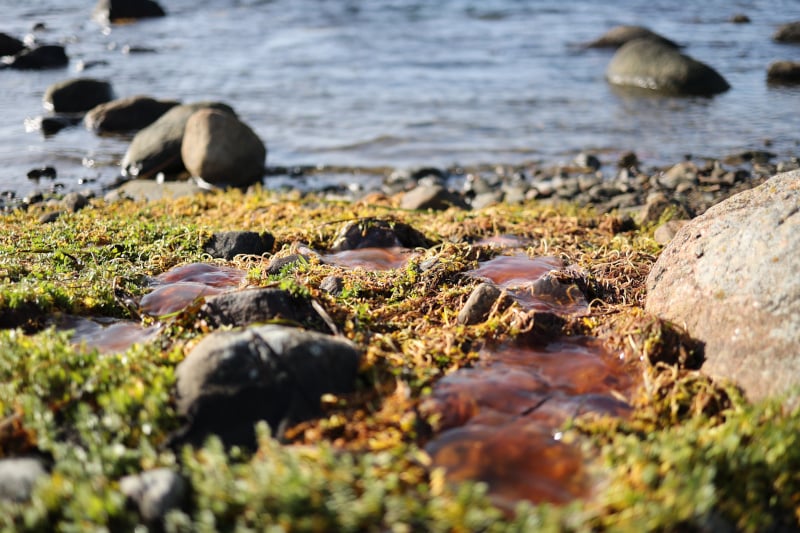 Jellyfish at Vrångö where locals say they are causing problems for fishing. Photo: Peter Seenan

A deeper understanding for the increase of jellyfish and their link with climate change depends on greater economic investment in the collection of data and marine research.

Initiatives on crowd-sourced data, such as the reports by the Swedish Agency for Marine and Water Management, are one solution to the lack of research about jellyfish numbers and its relation to climate change. “This is citizen science, people are helping scientists,” Källström said.

Global trends suggest the impact of jellyfish goes beyond stung tourists and clogged nuclear power plants, to affecting local economies, marine ecosystems and local food production – an unsettling indicator of human action and its consequences for our climate that local actors and the international community fail to address.

BUSINESS
‘I was too ambitious’, says Spotify CEO as tech giant cuts 6 percent of workforce
Url copied to clipboard!