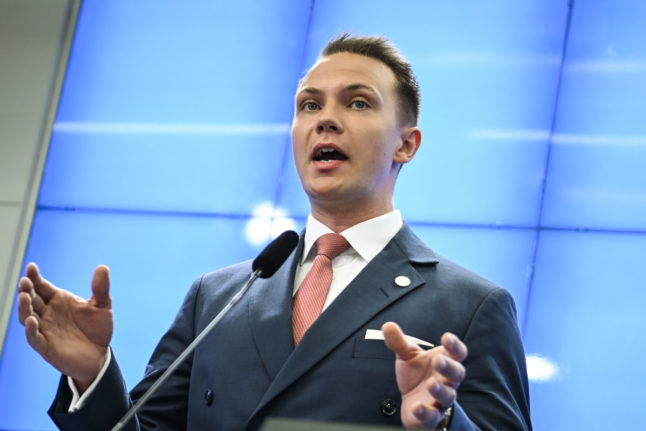 The Sweden Democrats want the Customs Agency to introduce spot checks at Sweden’s larger airports, with those caught in the checks losing their right to government assistance for a short period, as well as being forced to repay a portion of their benefits.

According to the party’s justice spokesperson Tobias Andersson, the measures would save the state money. Similar controls have been introduced in Denmark, which he says has saved the country “millions of kronor”.

“We suggest that just like with body searches, it should be possible to profile those who are at risk of having done what we believe should be wrong,” he told TT newswire.

“If we look at Denmark, it’s mainly people who have a non-European background who have visited their homeland. If you do spot checks, you can probably get the right people,” he said.

One requirement for receiving unemployment insurance or a-kassa is that the unemployed person should be available to the labour market, meaning that they plan to work and there should not be any barrier to working.

The Sweden Democrats believe that you must be in Sweden to be available to the labour market. If you go on holiday, you have to tell your a-kassa.

“We think that you should be physically in Sweden and doing your utmost to find a job,” Andersson said. “We have a problem in Sweden where we pay out benefits to people by mistake, and where people exploit the very generous system we have.”

“If you go on holiday, you should be honest about that,” he said.

According to the party, the Customs Agency should make fairly comprehensive checks, which also have the goal of investigating whether the person in question has committed any welfare crimes. The party suggests that one way to make this possible would be to increase the exchange of information between authorities.

“If you have committed benefit fraud, you shouldn’t be able to receive benefits in the future,” Andersson said.