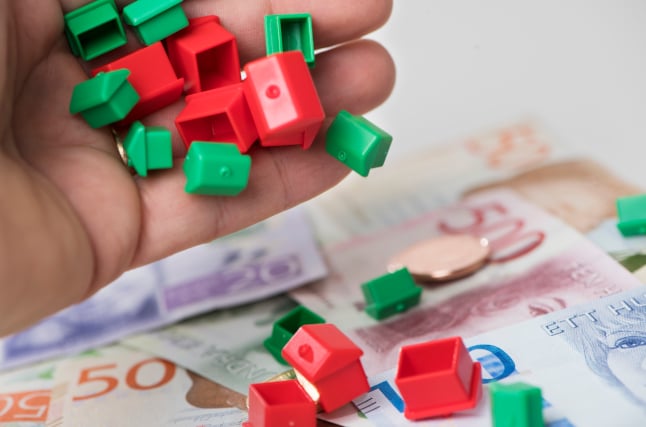 “Prices will have to be adjusted downwards,” Johan Engström, the CEO of Fastighetsbyrån estate agents, told TT.

“At the beginning of the year, things still looked positive on the property market across the country,” he said. “Then Russia’s war in Ukraine came, followed by inflation, stock market turbulence, and increased interest rates, and it shifted. The market has seen a dramatic shift in a relatively short period.”

Previously, sellers had a clear advantage. But according to Fastighetbyråns latest panel of estate agents, where Sweden’s estate agents answer questions on the state of the property market, it is now a buyer’s market to a much greater degree.

“Sellers haven’t really adapted, rather they’re stuck in the ‘old market’ and the buyer in turn has other concerns and hears that the situation is completely different,” Engström told TT.

“Right now we’re seeing extremely clear signs that we have a market where buyers and sellers are far apart.”

“Sellers will need to adapt”

The most noticeable change has been in Stockholm, where this figure dropped from 6.19 in April to 2.49 in June.

“Considering the fact that property prices are, above all, related to interest rates, which represent a large proportion of the cost of a property, prices will need to be adjusted downwards,” Engström told TT.

“Property prices are translated into living costs, and there, sellers will need to adapt to what buyers are going to be able to afford.”

Majority predict a drop in prices

The majority of estate agents think there will be price decreases of around 5 to 10 percent, according to the panel.

Some 42 percent of estate agents in the survey thought prices for villor, detached houses, would remain the same for the rest of the year, but 32 percent believed there would be a drop in price of around 5 percent and 17 percent predicted a 10 percent drop.

“If you generalise, we’ve had a price increase of almost 20 percent across the country over the past two years,” Engström told TT.

“I think in Stockholm and in other larger cities we could see a price decrease of 10-15 percent. In smaller areas, maybe a 0-10 percent decrease, depending on what the market has been like.”

Most dramatic in Stockholm

Almost all of the estate agents in the panel, almost 90 percent, predicted that property prices in Stockholm would drop by around 5-15 percent. These changes are usually more dramatic in larger cities, Engström explained to TT.

“Supply is lower, if you think about the amount of people interested in moving. When we’ve had a situation with extremely low interest, a high interest in property and many buyers interested in the same property, it pushes prices up.”

Across Sweden, apartment prices saw a 1 percent drop compared with last month. In Greater Stockholm, the price drop was as high as two percent, according to property statistics association Svensk Mäklarstatistik. But price statistics can lag behind the true decline in prices, which could be even greater.

“The statistics for May showed quite small declines for the housing market,” Engström told TT. “When many deals aren’t finalised because people are waiting to see what happens, these deals don’t affect the figures.”

“Moving ahead, statistics will level out each month as buyers and sellers eventually learn to understand the new market,” he said.

The following two charts show the price predictions estate agents gave in Fastighetsbyråns survey, for apartments (bostadsrätter) and houses (villor) respectively. The upper row shows the predicted price change, and the rows below show the percentage of estate agents who gave each prediction. 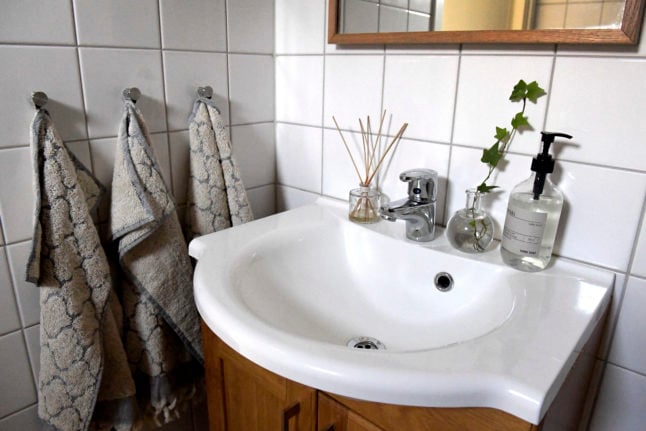 PROPERTY
How do I prep my apartment for sale in Sweden? 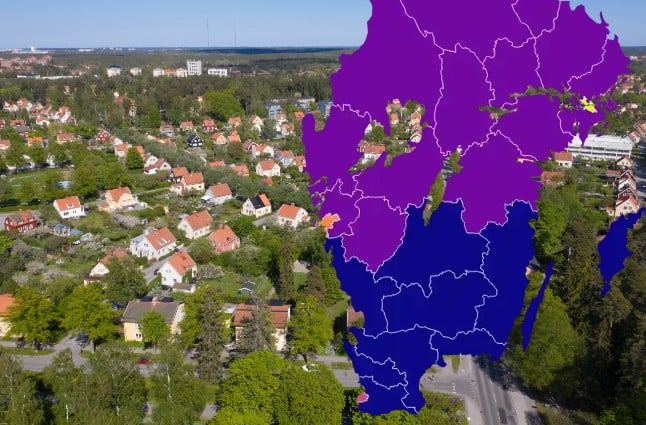 PROPERTY
MAP: Where have house prices in Sweden fallen the most?

According to Robert Boije, the chief economist at Sweden’s state-owned mortgage provider SBAB, the prices of houses and flats in Sweden could decline as much as 20 percent from their peak in the second half of 2021 before bottoming out.

“An overall fall of 20 percent can absolutely not be ruled out,” he said in a press release. “But I don’t think we’re talking about a crisis like we had in the 1990s, but it’s clear that for individual households it could be pretty dramatic, however, with a fall of ten percent, if, for instance, you get divorced and need to sell your property.”

The price of apartments has so far fallen slightly more than that of houses, with house prices only falling 11.4 percent in Greater Stockholm.

Over the last three months, the greatest falls have been in Greater Stockholm (Storstockholm), both for apartments (lägenheter) and for detached houses (villor).

Of Sweden's three biggest cities, prices have declined the least in the southern city of Malmö.

See the chart below: 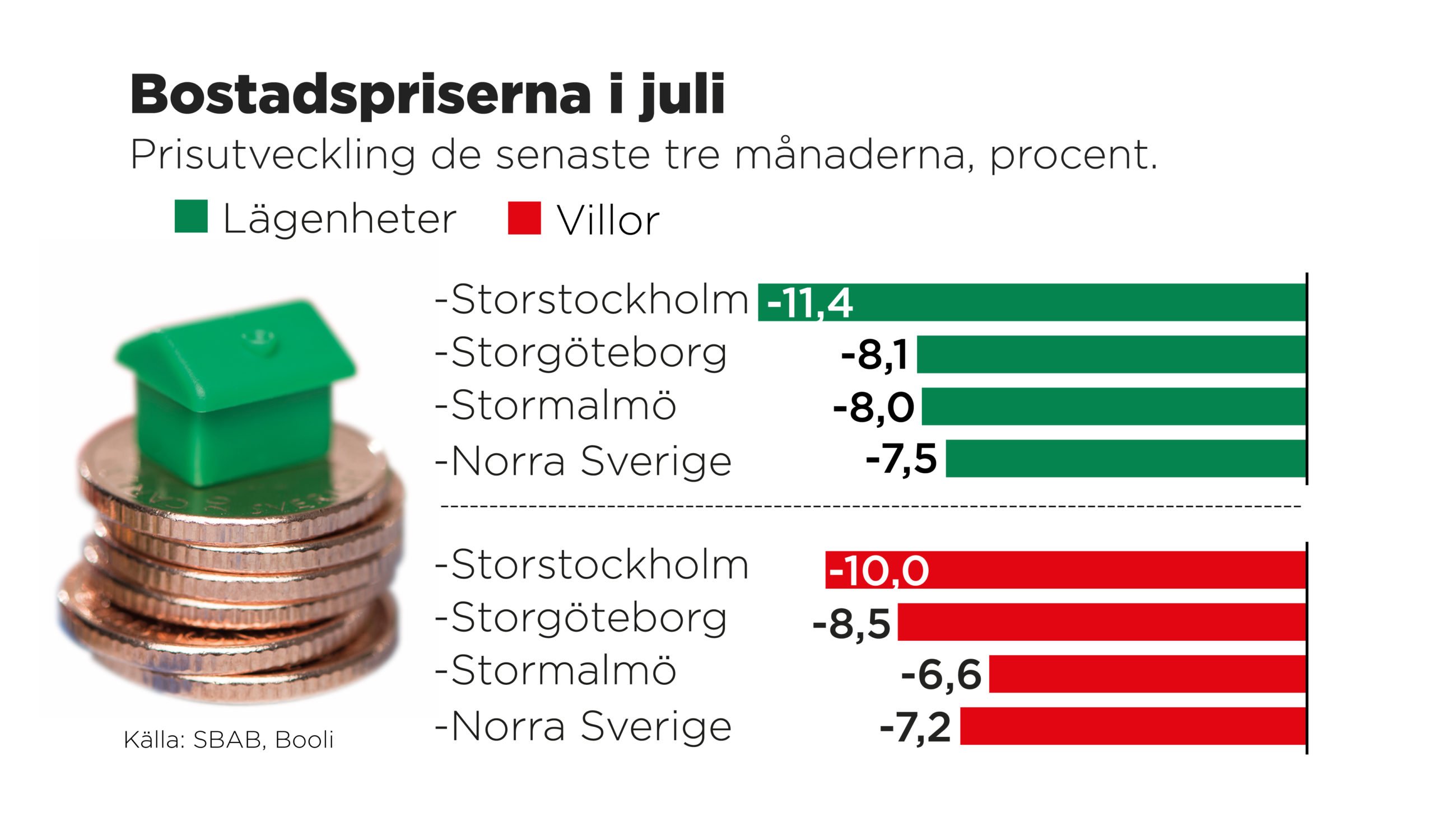 Here is a chart of the price development over the last three months. Photo: TT/SBAB/Booli
SHOW COMMENTS 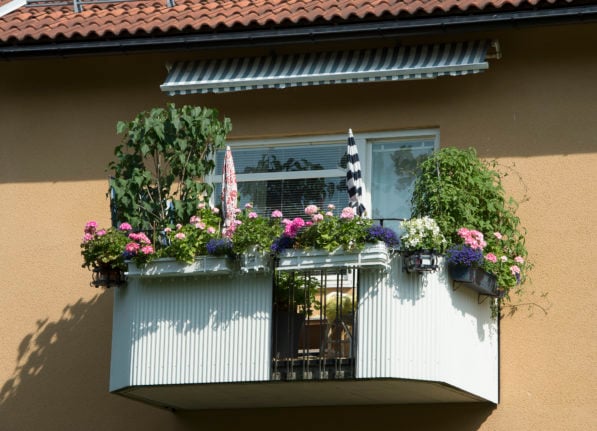 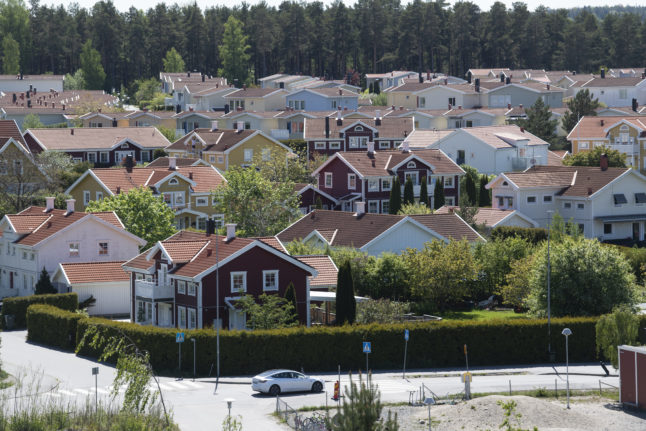 PROPERTY
Reader question: Should I buy now if I’m looking for a property in Sweden?
Url copied to clipboard!