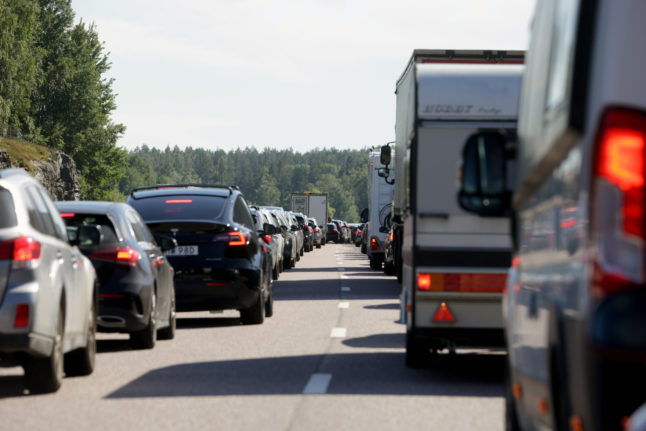 A traffic jam between Södertälje and Järna on Midsummer Eve this year. Photo: Magnus Andersson / TT

After many employees quit or were furloughed during the pandemic, airports, airlines, and train companies are now frantically trying to rehire everyone from flight attendants and pilots to security and border control personnel, luggage handlers, and reservation and gate agents.

Reasons for staff leaving include low pay, long hours, health risks due to Covid-19, and shorter (less enjoyable or relaxing) layovers for flight attendants and pilots.

Staff shortages aren’t the only reason – another major disruption to summer travel, adding to the pandemonium is the lifting of coronavirus travel restrictions in April across Europe, which caused an unanticipated surge in demand to travel abroad.

Many positions are unlikely to be filled in time for the busiest weeks of the season, as hiring and training new employees, particularly pilots and airport security personnel, takes a great deal of time.

Travellers from Sweden have been hit hard by the strike at SAS, the main Scandinavian airline.

In a press release, SAS said their pilot’s strike would lead to approximately 50 percent of all SAS flights being cancelled and affect approximately 30,000 passengers per day.

The flights operated by SAS Link, SAS Connect, and SAS’s external partners are not affected by the strike, but according to data from the flight-tracking website FlightAware, more than 242 SAS flights – or 76 percent of those scheduled – had been cancelled as of Tuesday.

But SAS is not even the worst airline when it comes to cancellations.

Easyjet tops the list, according to the survey, with 1,394 cancelled flights between July 1 and July 15. With 399 cancelled flights, Turkish Airlines is in the second rank, followed by Scandinavian Airlines (SAS), Wizz Air, and Vueling in fourth and fifth place, respectively.

If you want to follow cancellation statistics and track your flights in real time, these three apps are helpful:

According to Swedish radio broadcaster SVT, unions were already warning of a summer staff shortage for SJ in the spring, but the company told them everything was under control.

So far this summer, SJ has been forced to cancel an average of 30 departures per day due to staff shortages.

SJ states on its website that they try to send out information via SMS or e-mail as soon as a train is cancelled, with a link in which passengers have the opportunity to rebook or cancel trips free of charge.

Other major train operators: Vy, Snälltåget and Inlandsbanan, and MTRX and FlixTrain, which operate between Stockholm and Gothenburg, are not as tied up with staff shortages but are similarly affected by rail work.

The Swedish Transport Administration has warned of heavy queues and congestion this summer due to scores of road construction projects. About 46 major road works are planned, which will heavily affect traffic, leading to gridlocks and bottlenecking.

The organisation gets busy with construction in the summer because there is generally less traffic than during the rest of the year, and they are able to work more easily with concrete and asphalt in the period without cold, ice and snow.

In Sweden, there are approximately 10,000 km of state roads that must be maintained and improved – Many bridges and roads here were built between the 50s and 70s, now worse for wear, hence all the rebuilding and renovation work.. Additionally, road works are being carried out to remove stretches with heavy congestion, reduce the risk of accidents, and improve public transport.

The Swedish Transport Administration asks holidaymakers out on the road this summer to plan their driving in order to not stress when passing road construction, and keep updated by checking their website. 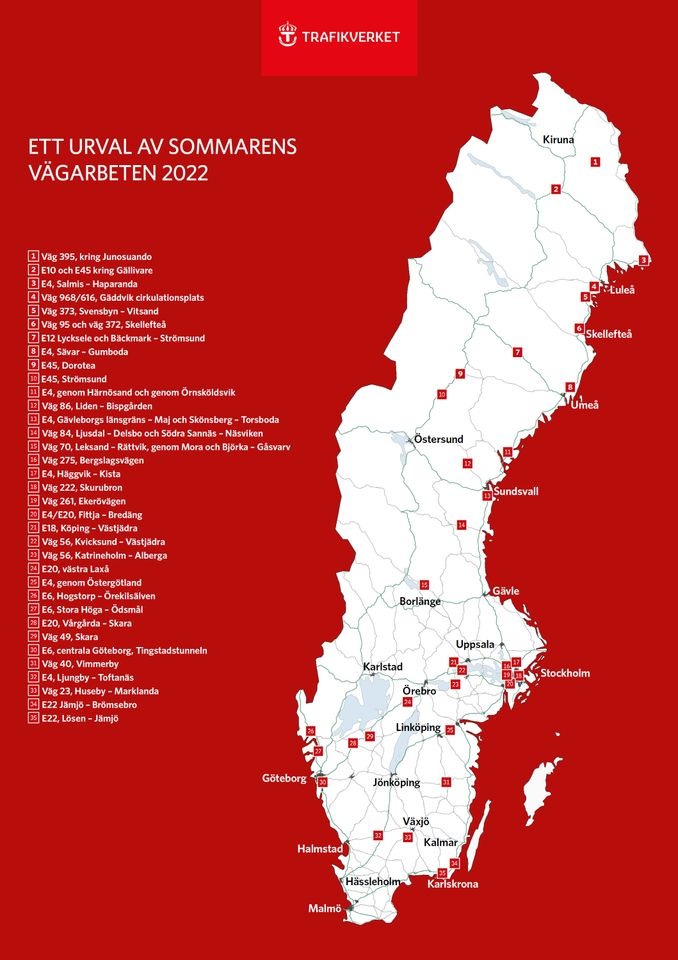 Here are the road construction projects expected to have the most impact on holiday travel: 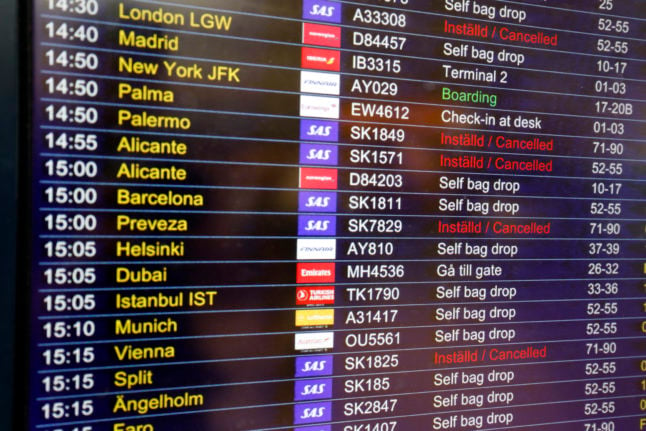