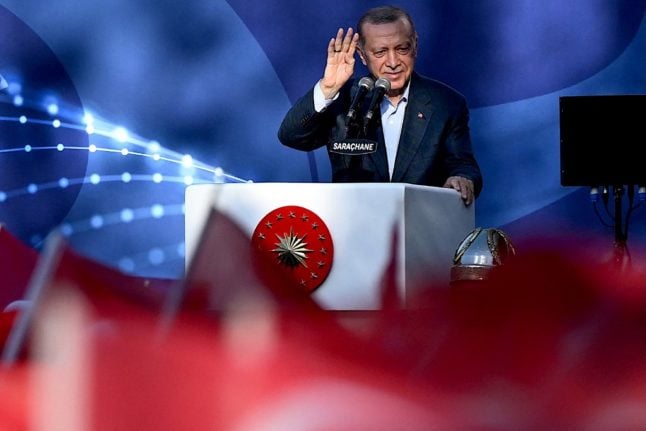 At a Nato summit in Madrid at the end of June, Erdogan called on the two countries to “do their part” in the fight against terrorism, and accused them of providing a haven for outlawed Kurdish militants.

Speaking on Monday, the eve of three-way summit with Russia and Iran, Erdogan told reporters: “I want to reiterate once again that we will freeze the process if these countries do not take the necessary steps to fulfil our conditions”.

“We particularly note that Sweden does not have a good image on this issue,” the Turkish leader added.

Earlier this month Nato kicked off the accession procedures for Sweden and Finland after a deal was struck with Turkey, which had blocked the Nordic nations from joining.

Erdogan has accused both countries of being havens for Kurdish militants, specifically highlighting the outlawed Kurdistan Workers’ Party (PKK) he has sought to crush, and for promoting “terrorism”.

He is due to board a plane to Tehran on Monday evening for talks on Tuesday with Russian President Vladimir Putin and Iranian President Ebrahim Raissi, from whom he hopes to get the green light for armed intervention in northwest Syria.

Ankara has been threatening since late May to launch an operation to create a 30-kilometre (19-mile) “security zone” along its border to tackle Kurdish fighters waging an insurgency against the Turkish state.

Both Tehran and Moscow have already expressed their opposition to such an offensive. Russia, Turkey and Iran are all major players in the war that has ravaged Syria since 2011, with Moscow and Tehran supporting the regime of Bashar al-Assad and Ankara supporting rebels.