Michaela Martinsson cools off at the Tinnerbäcksbadet open-air swimming pool in Linköping, one of the cities where the record could be beaten. Photo: Jeppe Gustafsson/TT

According to Lisa Frost, a meteorologist for Sweden’s state forecaster SMHI, the existing record of 38C could be beaten anywhere in the stretch of central Sweden which was issued with an orange weather warning on Wednesday, which includes the cities of Norrköping and Linköping, and borders on Örebro to the north.

“If nothing changes, then the record can be beaten tomorrow,” Frost told Sweden’s TT newswire. saying that Thursday would see “the heat reach a peak in our country.” 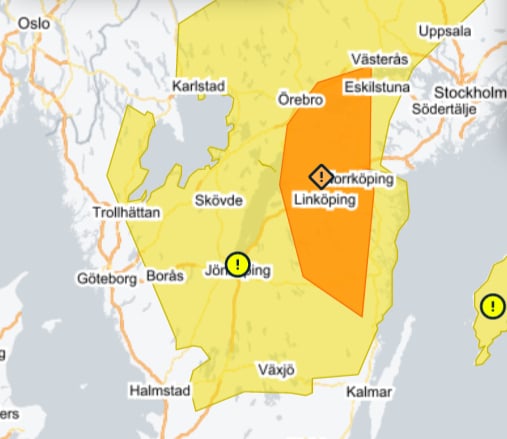 Unlike countries further to the south which have been sweltering for weeks, the wave of extreme heat in Europe is only expected to rise up towards Sweden temporarily, with the heat seen on Wednesday increasing into Thursday, and then the mass of warm air shifting south again on Friday and over the weekend.

“It’s only temporary, for two days, after which the mass of air will move south once again and we will get cooler air and slightly more variable weather,” Frost said.

She said that the agency had issued an orange warning because temperatures of 35C and above, “constitute a much increased strain on the body and can create problems, especially for risk groups such as the elderly, the sick or children”.

The yellow warning, which covers a much larger swathe of central Sweden from Gävle down to Växjö, has been issued because temperatures are expected to sit between 30C and 35C, which also could affect risk groups. 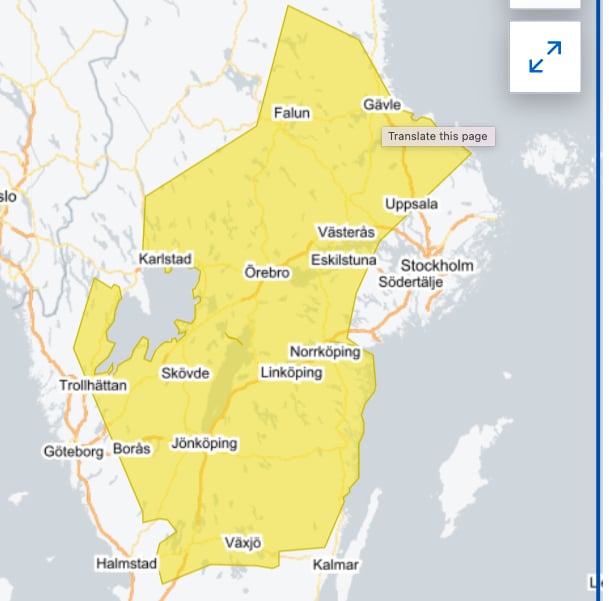 Denmark on Wednesday reported the highest-ever recorded temperature for July, the country’s meteorological institute said, warning that the country was nearing an all-time temperature record.

According to the Danish Meteorological Institute (DMI), the previous temperature record for July was measured in 1941, when the quicksilver hit 35.3C

“Today that was beaten with 35.6C, recorded in Borris in West Jutland,” the DMI said in a post to Twitter.

A few hours later, DMI announced that an even higher temperature, 35.9C, had been recorded on the island of Lolland.