Teachers in Sweden be required to discuss pornography in the new curriculum. Photo: Gorm Kallestad/NTB scanpix

The section in the curriculum on ‘sex and co-habitation’ has changed its name to ‘sex, consent, and relations’, and now explicitly instructs teachers to “critically discuss” pornography with students.

“Pupils should be given the possibility to develop a critical stance on how relationships and sexuality are depicted in the media and in other situations, including in pornography,” the new curriculum reads.

“If you are 15 and in your first relationship, what should you know about what is actually a form of violence? Is it OK if someone uses belittling, humiliating language with you, hits you, pulls your hair, or puts you in a chokehold?”

She said that children were already taught very clearly about consent at preschool, with every young child taught to say stopp min kropp, or “stop, my body”, if they are touched against their will, but she said that until now, there had been too little discussion of consent in the curriculum at primary and secondary school.

She said she hoped that discussing pornography more openly in schools would help children learn more about sexual boundaries in the digital arena, that, for instance, it is not OK to send unsolicited “dick pics”.

“If you don’t have anyone to turn to on this, then dick pics will be normalised more and more,” she said.

In a Stockholm suburb, the Drottning Blanka secondary school premises look more like an office space than your traditional red-brick institution with a schoolyard and gymnasium.

Like many of Sweden’s “free schools”, it doesn’t have its own building — instead, it rents a commercial space alongside other companies.

Here, performance is not just about how students do in exams.

“Free schools” owned by for-profit companies that pay dividends to shareholders are a business model hotly debated ahead of Sunday’s general election. 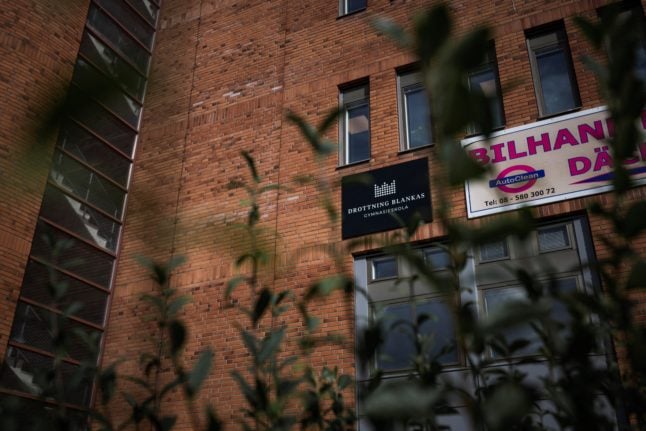 Almost a fifth of pupils in Sweden attend one of the country’s 3,900 primary and secondary “free schools”, first introduced in the country in the early 1990s.

Known elsewhere as voucher or charter schools, Sweden is a world leader in this type of schooling, which offers broader educational choice but still follows the Swedish curriculum.

Around three-quarters of “free schools” are owned by public limited companies and are for-profit, according to official statistics.

The remainder are either non-profit or run by foundations.

But in egalitarian Sweden, in order to ensure the “free schools” are accessible to all, they are 100 percent state-funded.

Critics of the model decry the fact that taxpayer money intended for children’s education ends up in shareholders’ pockets.

“The party is over. The money from your taxes must go to schools, not to company profits,” thundered Social Democratic Prime Minister Magdalena Andersson in July.

She wants to put an end to “free schools” paying out dividends. Schools that do make profits should instead reinvest them in their establishments, she argues.

“The quest for profits in Swedish schools must end,” insisted Andersson, who is seeking the Social Democrats’ third straight mandate in the election.

Conceived as a right-wing reform in 1992 and supported by successive left and right governments since then, proponents of the system initially thought it would pave the way for a few schools run by individuals passionate about education.

Little did they know that it would give rise to a bevy of schools owned by private companies often listed on the stock exchange, such as AcadeMedia, Sweden’s biggest education group with annual revenues of over $1 billion (one billion euros).

The group recently announced — in the midst of the election campaign — that it would dish out 185 million kronor ($17 million) in dividends to shareholders, or about a quarter of its profits. 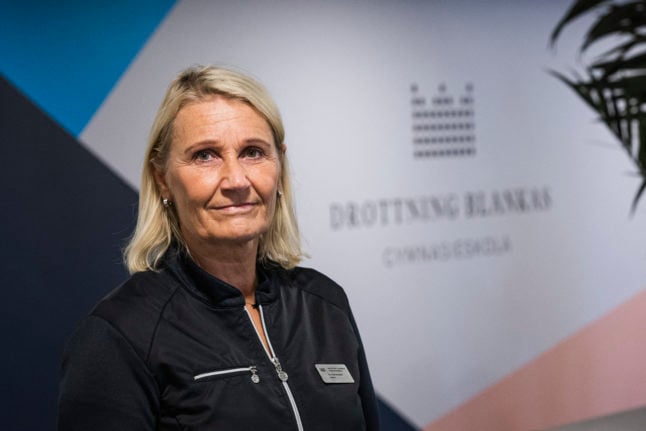 She’s opposed to a ban on dividends. “It’s like any other business: people invest money, large sums of money,” she says.

“It’s natural that investors want some of the profit,” she adds, acknowledging however that there “maybe should be some kind of limit”.

That’s the approach preferred by the leader of the opposition conservative Moderates, Ulf Kristersson, who is challenging Andersson for the role of prime minister on Sunday.

“I’ve always said that dividends at well-run school groups are not a problem for Sweden. I’m much more concerned about the bad state-run schools,” he said after AcadeMedia announced its dividend payout.

His party has called for dividend caps on schools that “perform poorly” academically.

While a large majority of Swedes are in favour of “free schools”, most are opposed to them turning huge profits, opinion polls show.

Prime Minister Andersson in July appointed a special rapporteur to draw up proposals on how to move forward with a ban on dividends from schools.

The issue is tricky, as existing shareholders would likely demand costly compensation.

Detractors of the for-profit system say the model attracts irresponsible actors, and encourages owners to cut costs to maximise profits and inflate students’ grades in order to bring in “clients”.

A company’s budget surplus enables it to invest in and develop its educational operations and provide “security for students”, as well as “create more school places”, he told AFP.