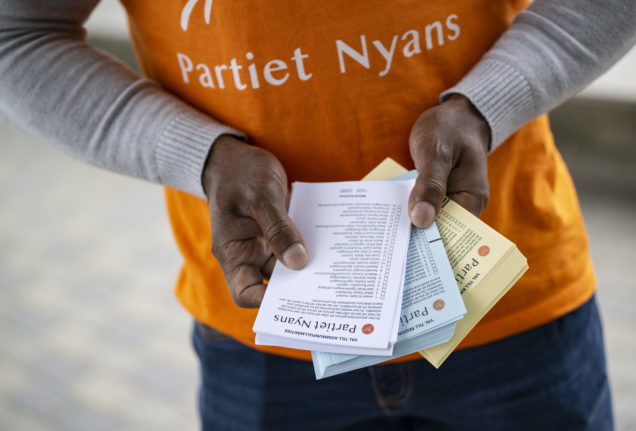 An activist for the newly started Nyans party hands out voting slips at a polling station on election day. Photo: Johan Nilsson/TT

The speaker of Sweden’s parliament has nominated Ulf Kristersson as his first candidate for prime minister, meaning the Moderate party leader now must strike deal with the far-right Sweden Democrats and other parties to pass a vote in parliament.

Andreas Norlén, speaker of Sweden’s Parliament, said at a press conference on Monday afternoon that after holding talks with the leaders of all eight of Sweden’s parliamentary parties he had identified Kristersson as the one most likely to be voted in by parliament as Prime Minister.

“This has been a pretty simple decision to make,” he said. “The information I have received is that the negotiations, as the party leaders have said earlier today, are continuing to be carried out in a good spirit, and that they hope to reach a result.”

Under Sweden’s system of negative parliamentarianism, a prime ministerial candidate needs only to convince a majority of members of parliament not to vote against them.

As the four parties who campaigned in this month’s election with a promise to back Kristersson as Prime Minister secured 176 of parliament’s mandates to the left bloc’s 173, he should be able to do this, so long as his disparate coalition can agree on who should be in the new government and what policies it should have.

Swedish vocab: i goda anda – in a good spirit

Moderate Party leader: ‘We want to create a government for all Swedes’

The Moderate Party leader Ulf Kristersson has said he hopes to create a government “for all Swedes”, after holding the first of Monday’s meetings with the speaker of parliament over forming the next government.

The OMXS-index of shares in Stockholm is now 30 percent down since the start of the year, its lowest point since shares began their long decline.

“I think it’s maybe time to start looking for the bottom,” said Esbjörn Lundevall, chief analyst at SEB bank. “It’s not impossible that it’s closer than people think. The market always hits a bottom a while before the business cycle does.”

He said that the market was worried that high energy costs, high interest rates, and high costs for businesses would damage consumer buying power, pushing Europe into a recession.

“The market is convinced that Europe is going into a recession,” Lundevall said.

Nyans was biggest of the small parties in Sweden’s election

The newly started immigrant party Nyans was the biggest of the smaller, fringe parties in this year’s general election, getting 28,352 votes in the parliamentary election, equivalent to 0.4 percent of eligible voters.

The party came ahead of the extreme-right Alternativ för Sverige party, which received 16,646 röster (0.26 percent), and the right-wing Medborgerlig samling, or Citizens’ Coalition, which received 0.2 percent of the votes.

Sofie Blombäck, a researcher into new political parties at Mittuniversitet, said that Nyans drew some of its voters from people who otherwise would have stayed on the sofa and not voted at all, and some from the left bloc.

Swedish vocab: soffliggare – voters who otherwise would have stayed on the sofa 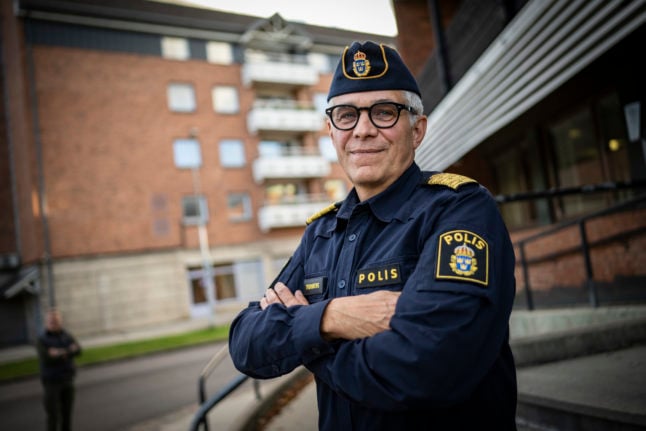