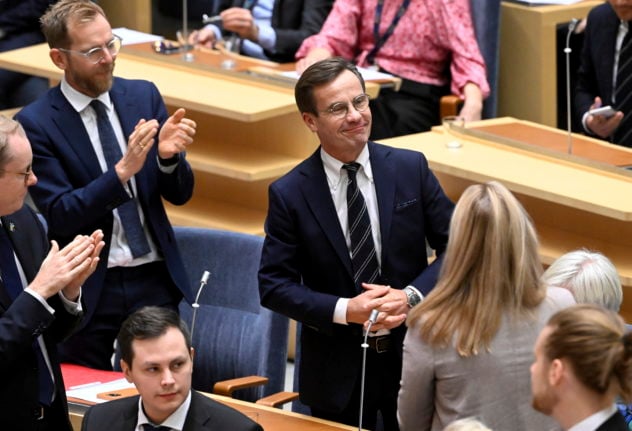 Every MP from the four parties backing Kristersson as candidate for prime minister voted for him, meaning he received 176 votes in favour, and 173 against.

The Moderate leader will outlay his government’s programme in a speech at 9am on Tuesday morning, after which he and the new ministers from the three coalition parties — the Moderates, Christian Democrats and Liberals — will visit King Carl XVI Gustaf to be formally instated as the new government.

“This feels huge, I am grateful,” Kristersson said at a press conference after the vote. “I’m happy for the confidence I have received from the parliament, and I am humble in the face of the tasks which lie ahead.”

The four parties presented a 62-page roadmap for their cooperation on Friday which called for major crackdowns on crime and immigration and the construction of new nuclear reactors, among other things.

At the press conference, Kristersson downplayed the criticisms made of the agreement by several senior Liberal Party politicians, saying that he had never been worried that any of the party’s MPs were going to rebel against the party line and vote against him as a candidate.

“I meet many, many, many more Liberals who are happy,” he said of the deal. He also dismissed calls made by the Liberals in Stockholm for the agreement to be amended.

In a speech in parliament ahead of the vote, Jimmie Åkesson leader of the far-right Sweden Democrats, argued that the four-party bloc had a mandate from the people to deliver the hardline programme outlined in the Tidö Agreement announced on Friday.

“It is not we, ourselves, who are giving influence to the parties, it is the voters,” he said. “They spoke and voted for the parties they believe have the best cures to the problems [faced by Sweden]. And it is according to this result, that the parties can impose their policies.”

The Sweden Democrats were the big winner in Sweden’s September 11 general election, emerging as the second-largest party with a record 20.5 percent of votes behind outgoing prime minister Magdalena Andersson’s Social Democrats, which have dominated Swedish politics since the 1930s.

Åkesson in parliament hailed a “new start for Sweden”, saying that the mismanagement of the country by governments of both left and right had been “palpable”, with all citizens suffering the consequences.

The leaders of the Left, Centre, and Green Parties all levelled harsh criticism at the content of the four-party deal in their speeches, while also attacking the three coalition parties for their decision to form a government with the backing of the Sweden Democrats.
Centre Party leader Annie Lööf said that the deal represented a “paradigm shift” for Sweden, echoing language used by Åkesson on Friday.
“Never before has a xenophobic, nationalist party been given the keys to the Government Offices,” she said, condemning the agreement as a “liberal crash-landing”.

“I am grief-stricken that my former Alliance colleagues will now carry out the Sweden Democrats’ party programme,” she said.

The Social Democrats’ group leader Lena Hallengren warned in her speech that the coming government would “to a large extent be controlled by the Sweden Democrats”. “It will be a weak and brittle government,” she said.

“My parents fled to Sweden from the Iran of the mullahs,” she said.  They would never have believed that Sweden would go in an authoritarian direction.” 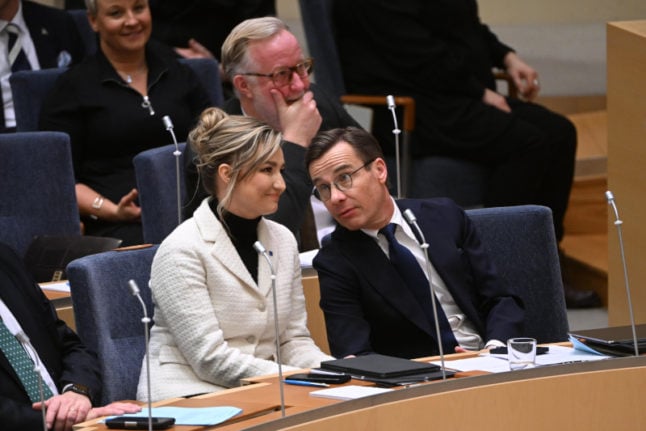 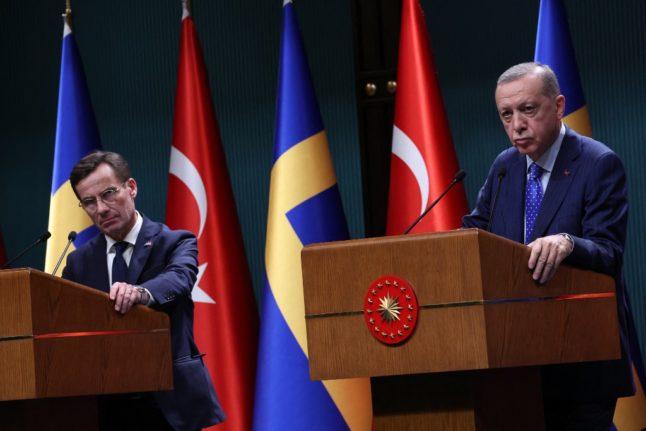