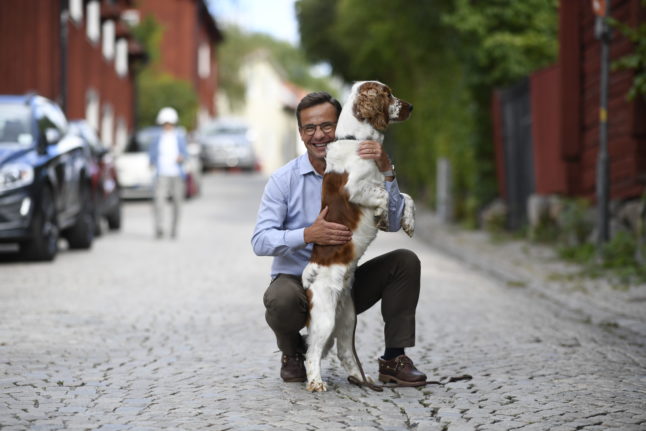 With horn-rimmed glasses, clean-cut looks and a trim physique, the 58-year-old leader of the conservative Moderate party campaigned in Sweden’s September general election with pledges to fight crime and soaring electricity prices.

A former gymnast, he is often photographed living an active life, running or walking in nature with his dog Winston, the Welsh springer spaniel he got after losing Sweden’s 2018 election.

Back then, Kristersson had vowed he would never negotiate with the nationalist and anti-immigration Sweden Democrats — then seen as “pariahs” on the country’s political scene — and subsequently failed to oust the Social Democratic government in power since 2014.

Fast forward four years and he has had his revenge — after a major U-turn. Kristersson launched exploratory talks with the Sweden Democrats in 2019, a cooperation that has deepened in the years since then, persuading the Moderates’ traditional centre-right allies to follow suit.

His critics have accused him of “selling out” to the far-right. Kristersson has defended the tie-up as “my side of politics”. Together four right-wing parties won the election, ousting the Social Democrats, who have dominated Swedish politics since the 1930s.

While the new government will be composed of the Moderates, the Christian Democrats and the Liberals, it will be supported in parliament by the Sweden Democrats to give the government a majority.

The four have presented a 62-page roadmap for their cooperation, heavily influenced by the far-right with major crackdowns on crime and immigration and the construction of new nuclear reactors, among other things.

A Tintin fan with a degree in economics, Kristersson had campaigned heavily on issues close to the hearts of right-wing and far-right voters, earning him criticism as a milder version of the Sweden Democrats.

He vowed to crack down on migration and crime and “straighten out” a Sweden that in his view has lost control over too many issues, ranging from soaring gang shootings to high unemployment and midwife shortages to disorderly school classrooms.

“A Sweden that doesn’t work has become the new normal,” he hammered throughout the campaign. Kristersson has also vowed to bring down soaring electricity prices.

His incoming alliance, due to take over on Tuesday, last week said new nuclear reactors would be built, after decades of nuclear phase-out in Sweden. Born in the southern Swedish city of Lund in 1963, Kristersson got his feet wet in politics as a teen in secondary school, taking over the youth wing of the Moderates a few years later.

He quickly rose through the party ranks and was elected to parliament in 1994. He has taken occasional breaks from politics to work in communications and as the chairman of the board of an adoption agency. Kristersson is married and the father of three daughters adopted from China.

“Kristersson could go down in history as the far-right’s locksmith” who opened the door for the Sweden Democrats’ acceptance on the political scene, newspaper of reference Dagens Nyheter wrote ahead of the election.

At the time however, Kristersson could not have foreseen that by giving his blessing, the far-right would go on to overtake the Moderates as the biggest party on the right and the country’s second-biggest party in the general election.

His election victory may have saved his political career.

“The vision the Moderates have of their party leader is pretty similar to that of a listed company’s CEO: as long as everything goes well he can stay, but if it goes badly he has to leave the same day”, political historian Torbjörn Nilsson said. 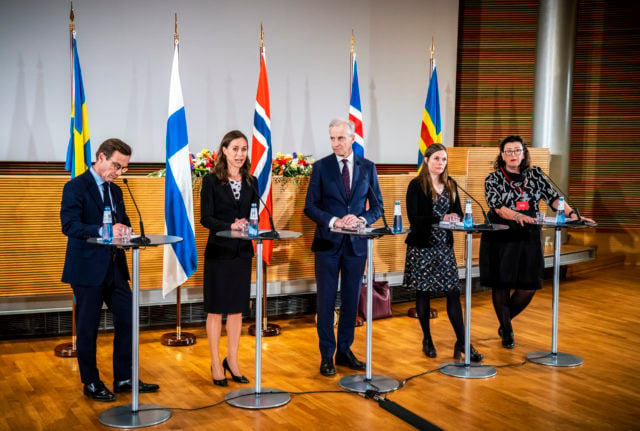 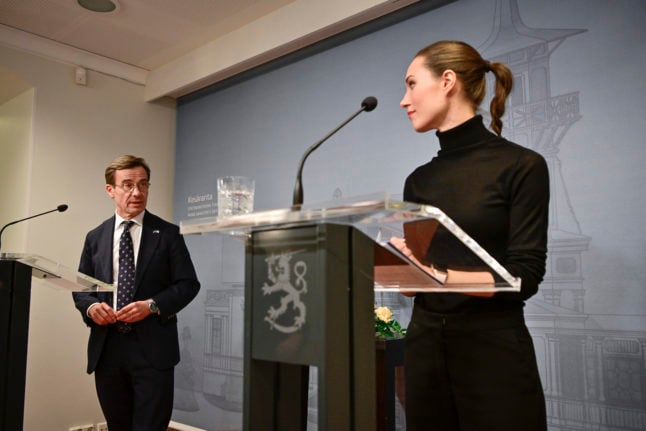 Prime Minister Ulf Kristersson, who took over the reins in Sweden two weeks ago, was speaking in Helsinki at a press conference with his Finnish counterpart Sanna Marin, whose country is applying for membership in the Atlantic alliance together with Sweden.

When asked if the two nations would accept nuclear weapons on their soil, Marin replied: “We shouldn’t put any preconditions… We have decided that we don’t want to close any doors for the future.”

Kristersson agreed. “You will receive exactly the same answer from me as from the Finnish prime minister”, he said.

“It’s very natural for Sweden and Finland to act very jointly in these matters and have exactly the same formalisation. So I have no other intention than going hand-in-hand also in this sense with Finland”, Kristersson told reporters.

Both Marin and Kristersson however acknowledged that reservations could be negotiated “later”.

Sweden’s Social Democratic party, which was in power when Sweden submitted its membership application in May, said that it would work to express “unilateral reservations against the deployment of nuclear weapons and permanent bases on Swedish territory”.

In Finland, the import, manufacture, possession and detonation of nuclear explosives is prohibited by law.

Nordic neighbours Denmark and Norway, which are already NATO members, have both refused to allow foreign countries to establish permanent military bases or nuclear weapons on their soil in peacetime. 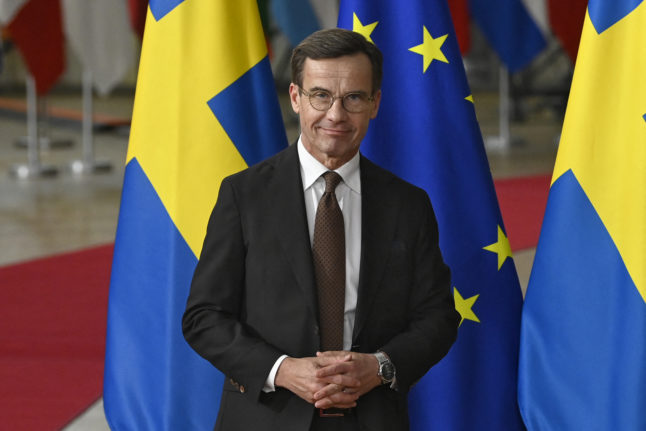 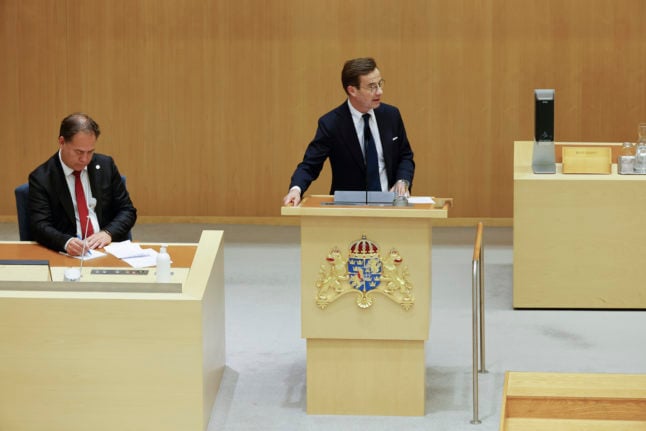 BREAKING
Sweden’s new PM warns gang crime ‘may get worse before it gets better’
Url copied to clipboard!