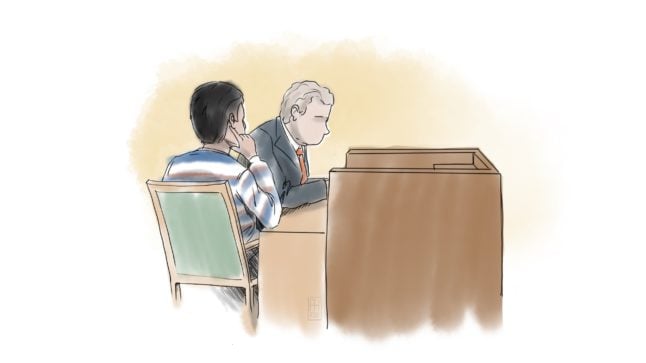 “The information that has been obtained, transmitted and divulged could… if it comes into the hands of a foreign power, result in detriment to Sweden’s security”, chief public prosecutor Per Lindqvist said in a statement.

The two brothers were identified in the charge sheet as Payam Kia, 35, and Peyman Kia, 42. According to Swedish media reports, they are of Iranian origin. Peyman Kia has served in Sweden’s intelligence service Säpo and intelligence units in the Swedish army.

According to Sweden’s paper of reference, Dagens Nyheter, he at one point worked for the Office for Special Information Gathering (KSI), the most secret section of the military secret service.

He is accused of illegally acquiring information during his employment with Säpo and the armed forces.

Payam Kia is meanwhile accused of “participating in the planning of the deed and handling contacts with Russia and the GRU, including the handover of information and receiving compensation”.

The pair, who risk life sentences if found guilty, have denied the allegations, according to Swedish media.

Defence Minister Pal Jonsson told parliament on Friday the case was “very sensitive” and the country had strengthened its security since the pair’s arrest a year ago. 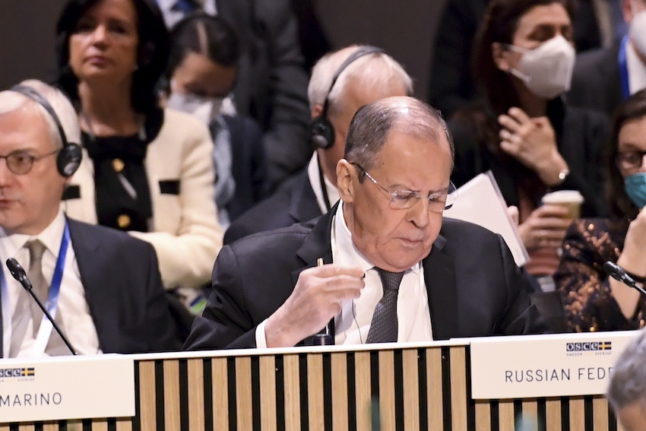 “It’s what I saw in Sweden last year when I was attending a session of the OSCE Council of Ministers,” Lavrov told the audience at Primakov Readings, a forum dedicated to the memory of Yevgeny Primakov.

“I asked where the toilet was in the break, and I was shown a door with the words “WC”. I asked ‘is that the ladies or the gents?’, and I was told, ‘it’s for everyone’. I couldn’t believe it but that’s really how it was. You cannot imagine how inhuman this is.”.

Lavrov’s statement came at the end of a diatribe against Western gender identity politics, in which he claimed that in the US and Europe “the diversity of genders has now exceeded 80”.

The section was first picked up by Francis Carr, a Russia specialist at BBC Monitoring.

Unsurprisingly to those who know the country well, the main reaction on Swedish Twitter was to criticise the standards of plumbing in Russia, rather than to focus on Lavrov’s views on gender identity.

“It’s pretty rich of Lavrov to whine about there being gender-equal toilets in Sweden at the same time as one in four Russians aren’t connected to the sewage system and one in every ten lacks an indoor toilet,” Victor Rundqvist, a Centre Party county councillor from Halmstad, in a typical tweet.