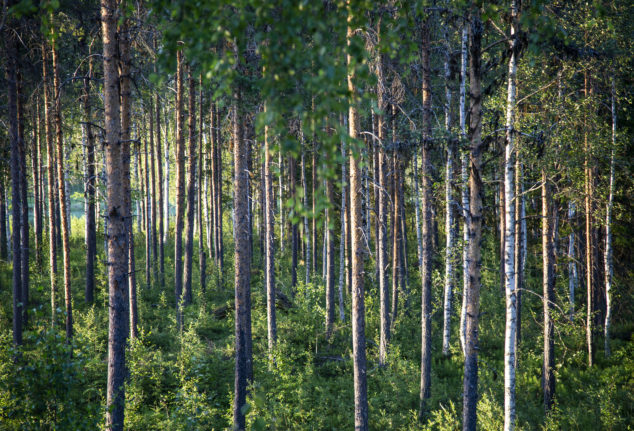 Most of Sweden is literally green - 70 percent of the country is covered in forest. Photo: Helena Landstedt/TT

For decades, Sweden has had an excellent reputation on the environment. In case you need convincing, here is a short YouTube clip with a hyperventilating James Corden on the Late Show a few years ago (he starts talking about Sweden at 1:32).

Sweden is so clean, Corden reveals, that it needs to import rubbish from abroad to fuel its high-tech power plants. “Sweden is amazing, it’s incredible,” he squeals. “The people are beautiful, they have no trash, nothing bad ever happens there.” Noting Sweden’s record of combining economic growth with lower carbon emissions, one French journalist wrote: “If there’s a paradise for environmentalists, this Nordic nation must be it.”

After the election in September, however, many are starting to look at Sweden with fresh eyes. Should they turn their attention to the environment? Recent statements by politicians have certainly posed the question.

The new finance minister, Elisabeth Svantesson, seemed unconcerned last week that Sweden might miss its 2030 target to bring down carbon emissions. “If we don’t, we don’t,” she said, shrugging off criticism. Sweden Democrat leader Jimmie Åkesson went further, stating he had “not seen any scientific support” for the notion of a climate crisis, echoing the words of a leading party member who runs a climate-sceptic blog.

Sweden has a surprisingly high number of climate sceptics and deniers. In the home of Greta Thunberg, almost one in 10 people say that climate change is “not at all serious”; only the United States has more people unconcerned about global warming.

Around 7 percent of Swedes – that’s one in 14 – deny that climate change is caused by human beings, according to Gothenburg’s respected SOM Institute. The percentage is higher among middle aged men with right-wing views and lower levels of education.

The overall proportion of climate deniers is the same as in Italy and higher than in most of western Europe, including France, Germany and Spain. Among supporters of the Sweden Democrats, it is as high as 18 percent. Popular right-wing websites such as Fria Tider, Samhällsnytt and Nya Tider are rife with climate scepticism.

Greenness has come easy for a country with no fossil fuel reserves, lots of empty space and a temperate climate. More than half of the energy Sweden generates is from renewable sources, of which a large chunk is hydropower. When the enormous Markbygden wind farm comes on stream in a few years, it will deliver around 10 percent of the nation’s energy needs.

Most of Sweden is literally green – 70 percent of the country is covered in forest. But far from being a leafy oasis, the country’s forests have become a battleground between the timber industry and environmentalists concerned by the disappearance of vast swathes of forest and the decimation of biodiversity.

When it comes to the system of generating clean energy from burning waste – so loved by James Corden – Sweden has again been fortunate. District heating, where a central boiler supplies heat to many nearby homes, was part of the folkhemmet, the people’s home promised by the early Swedish model. As a result, about half of Sweden’s homes are heated by district heating systems, while in Stockholm it is 80 percent.

When concerns began to grow about carbon emissions, it was relatively easy to switch from oil to burning household or industrial waste in these boilers. Crucially, the revenue from selling heat and power to nearby homes makes the system profitable, despite the high cost of cleaning the emissions; the process is prohibitively expensive in countries without district heating systems. Meanwhile, Sweden exports the toxic residue to a landfill site in Norway.

Sweden’s green reputation has been helped by smart politics and good marketing. Its suggestion in 1968 that the United Nations hold a summit on the environment put Sweden at the centre of attention. The 1972 “Stockholm Conference” was a moment in environmental history, and has been followed by similarly eye-catching declarations and initiatives that made Sweden look good while not being particularly radical. Not quite greenwashing, but not so far from it.

Moreover, the nation’s target to have zero net greenhouse gas emissions by 2045 has two big problems. First, in doesn’t include the vast amounts of carbon generated by manufacturing goods outside Sweden and transporting them into the country. Also, “net-zero” means Sweden will continue to emit greenhouse gases, but these will be offset by helping to reduce carbon pollution elsewhere.

Sweden has talked a good talk. But the climate took a back seat in this summer’s election campaign, and as we have already pointed out, there has been slippage, delay and prevarication on a wide range of environmental commitments. The ease with which the new government is dismissing climate concerns suggests that the green gloss on Sweden’s reputation could be about to wash off. 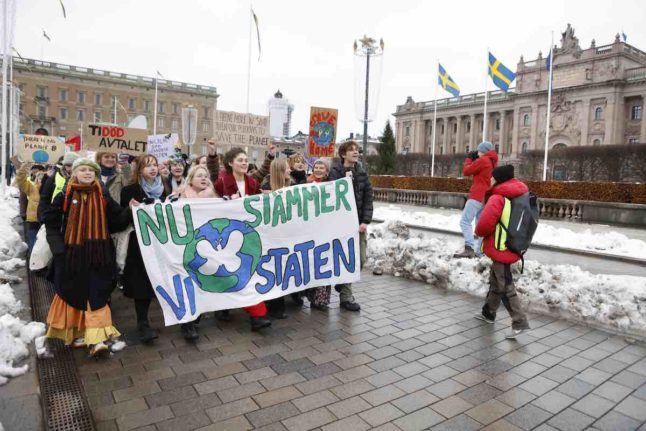 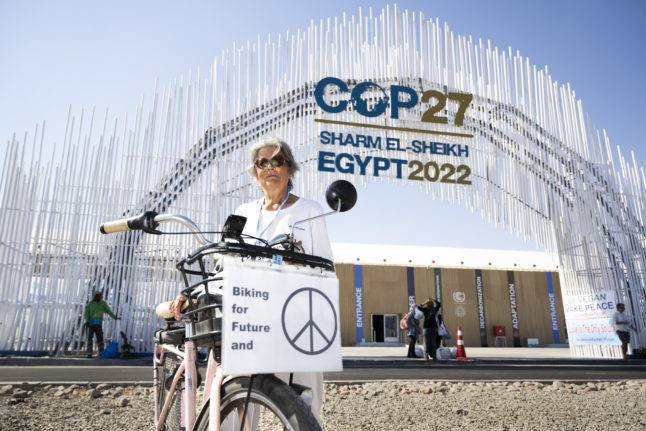 The so-called Aurora law suit has been in preparation for two years, and the group is accusing the government of, among other things, failing to carry out investigations into how large a percentage of the global work to combat the climate crisis Sweden should be responsible for.

“If the state’s climate measures are lacking, they are threatening our human rights in the future,” law student Ida Edling told Dagens Nyheter (DN), the newspaper which first reported the story.

“It’s a legal responsibility which the state can be legally called to account for. That’s why we’re suing them,” she said.

Edling is one of the people behind the initiative, which climate activist Greta Thunberg is also involved with.

Aurora would have launched their lawsuit no matter which political bloc had won September’s election, Edling said.

“We’ve worked on this for two years and would have sued any government which is not working towards a climate policy in line with Sweden’s fair share of the global climate transition,” she said. “That includes the previous government.”

On Friday, she marched to the Stockholm courthouse to file the lawsuit alongside young people from Aurora and other members of the climate and environment movement.

“In a state with the rule of law, everyone has to follow the law. Even the government,” Edling said. “When the state’s climate policy threatens our human rights, it breaks the law.”

Climate minister Romina Pourmokhtari told DN via her press secretary that she had no comments on the case.

Similar suits have been brought forward in other European countries. In Germany and the Netherlands, climate activists won against the respective governments in court, forcing both countries to sharpen their climate targets. 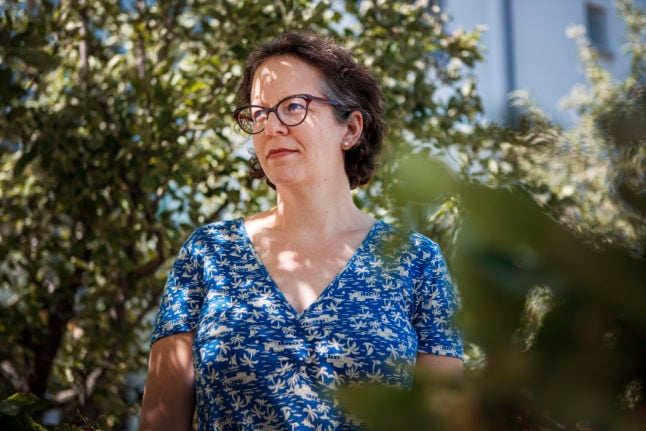