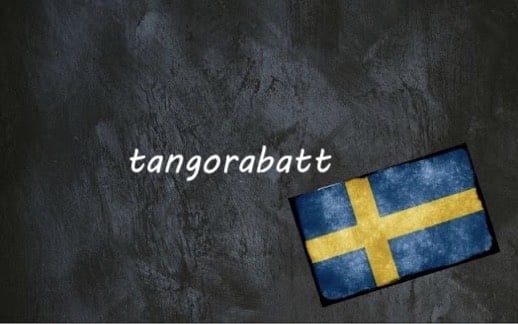 Sometime in the 1880s in Rio de la Plata, along the borderlands between Argentina and Uruguay, the famous tango saw the first light of day. This is where the tango in tangorabatt comes from.

The second part of the word, rabatt, is not as straightforward. Rabatt can mean two things, either “discount/rebate” or “flowerbed”. Almost all compound words containing rabatt are of the first case, a “discount” of some sort. Here, however, it is “flowerbed”.

So, you might ask yourself, what does a sensual dance have to do with a flowerbed?

Following the development of the tango, a certain style developed along it. One of the elements that quickly became a hallmark of the new sensual dance was the modern moustache style popular among turn-of-the-century Latin American men. It was a smaller, thinner kind, much like the one Hollywood star Errol Flynn wore at the time. If you are still wondering what that has to do with a flowerbed, then ask yourself, what the shape of a flowerbed is. Long and thin.

Adding to that is most likely the fact that the Latino men that popularised it mostly had dark moustaches, which adds to the look of a flowerbed filled with dark soil.

If you want to see some sexy Argentinian tango, it still regularly appears whenever there is need for a hot dance scene in a Hollywood movie, but as someone living in Sweden you should know that there is also a Finnish derivation called Finnish tango, which you might be able to enjoy close by.

Finnish tango is quite popular in Sweden, most likely because there is a considerable Finnish minority in the country. And perhaps befitting the Finnish temperament, the Finnish tango, unlike other forms of tango, is almost exclusively performed to music in minor keys and follows established conventions of Finnish folklore.

Tangorabatt is a funny word in Swedish, often used with a bit of humor. For instance you can make fun of your friend’s moustache by calling it a tangorabatt. This has happened to yours truly more than once, and perhaps not surprisingly it is my Finnish friend that keeps referring to my moustache as a tangorabatt.

My oh my, what a lovely tangostache you’ve put on

Are you going out to dance in that tangostache? 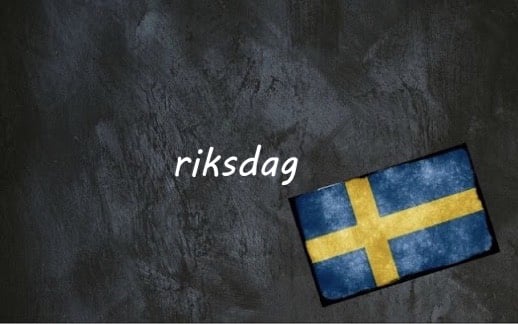 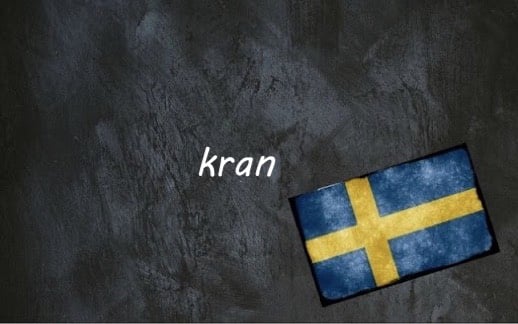 Riksdagen is the Swedish parliament, you will find its cognates in the old Danish term for their parliament, rigsdagen, although they now use the term folketing, and in German, the Reichstag.

Riks– is from rike, which means ‘realm’ or in other words ‘kingdom’ as in kungarike. Svensk ordbok, the Swedish dictionary published by the Swedish Academy, tells us that rike is attested as far back as the 11th century on rune stones, that it is of Celtic origin, and that it is related to rik, the Swedish word for ‘rich’. It is believed to be of the same origin as rex in Latin, meaning king. Which should make kungarike a pleonasm, a redundancy, though hardly anyone will know that rike has this origin.

For comparison, ‘realm’ in English is from the Old French reaume, which in modern French is royaume, meaning ‘kingdom’. This is also from roy meaning ‘king’ which ultimately derives from the Latin rex, also meaning ‘king’. The kicker here is that Old Celtic languages and Latin were fairly closely related, some argue this is the reason they were easily replaced by Latin when the Roman Empire conquered the Celtic-speaking peoples.

The -dag part of riksdag means ‘day’, but there is more to this word in this context, meaning an ‘appointed day’ or ‘gathering’. In English you can find a similar word in ’diet’. Howso, you ask?

Well, ‘diet’ goes back through Old French to the Latin diaeta, which could mean ‘a public assembly’, ‘a set day of trial’ or ‘a day’s journey’. That in turn derived from the Ancient Greek δῐ́αιτα meaning ‘way of living’ or ‘living space’ or ‘decision/judgement’. Which somehow was influenced by the Latin diēs, meaning ‘day’ – things get complicated at times in etymology it seems. Going to the riksdag then is going to the ‘diet of the realm’.

The word riksdag is borrowed from the German Reichstag, though the traditional Germanic term for these meetings or governing assemblies was a ting (as in the Danish folketing, mentioned above). We also touched on this in our möte word of the day article.

Sveriges riksdag, as you may well know, is the legislature and supreme decision-making body of the Kingdom of Sweden. You can visit the riksdag at Riksdagshuset on Helgeandsholmen in Stockholm, where you can watch debates or attend a guided tour.

So, next time your friend tells you about their new diet, you can tell them all about the etymology of the name of the Swedish parliament. Have a good weekend!

Do you know why they use the word ‘dag’ in ‘riksdag’?

Do you wanna tag along to the Swedish parliament? 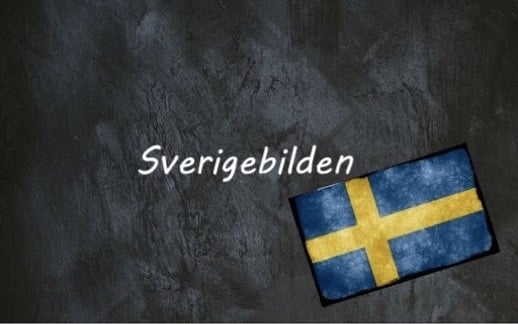 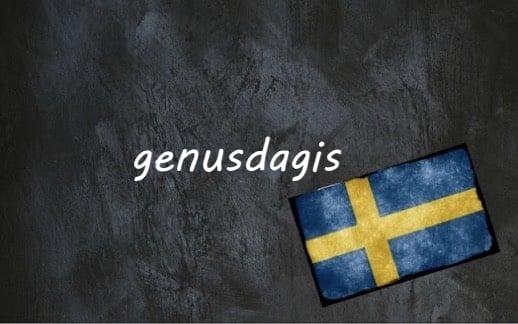