A man who has previously been found guilty of various serious sex offences, including rape and child abuse, is suspected of committing further crimes during his time as a patient at a Växjö psychiatric clinic.

The charges are said to relate to child pornography, reported Swedish Radio Kronoberg.

He has been found in possession of thousands of pornographic pictures of children and is suspected of having distributed them from the clinic.

Six years ago the man was found guillty of attacks on children in Örebro, where he worked as a children’s nurse.

Police raided the man’s room in the clinic at the beginning of the summer and took away a significant quantity of material, said Thomas Dahlén, the consultant temporarily in charge of the clinic.

The man has had access to the internet via the hospital’s computers and his own mobile phone.

It is quite possible for a person who is serving time for child pornography offences to continue such habits while in psychiatric care. The staff do not have the right to take away a patient’s mobile phone, something which Thomas Dahlén has strongly criticised.

And the patients’ use of the internet is a direct hindrance to their recovery, he said.

“The patient’s focus is not on the treatment – it’s on using their mobile phone or surfing on the internet. They become completely occupied with it,” he told news agency TT. 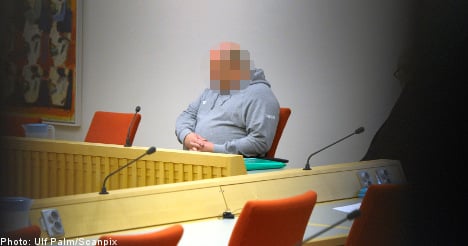