A number of former ministers have been left without specific new jobs, while others have been given new areas of responsibility.

As the largest party in the Riksdag, the Social Democrats are likely to fill a number of important committee chairs.

At a meeting on Saturday, senior Social Democrat parliamentarians were appointed to lead the party’s work in Riksdag committees, with the intention that the committee chairmen will constitute a shadow government to challenge the Alliance.

Berit Andnor, former Social Affairs minister, has been appointed the party’s group leader in the Constitution Committee, and is likely to be elected to the chair of the committee as a whole.

“The Constitution Committee is important for the opposition. With her long and broad political experience, Berit will be a good person to have there,” said Britt Bohlin Olsson, the Social Democrats’ parliamentary group leader.

The new job represents a change in Andnor’s area of responsibility, something that Bohlin Olsson thought was wise:

“Changing political area can be sensible when you go into opposition. It can be more fun,” she said.

Another former minister, Mona Sahlin, will be Social Democrat group leader in the Social Affairs Committee.

Former infrastructure minister Ulrica Messing, who has been mentioned as a possible future party leader, will lead the party in the Defence Committee.

Urban Ahlin was given responsibility for foreign affairs questions, despite the fact that former foreign aid minister is a member of parliament.

Former education minister Leif Pagrotsky has not been given a new political role in the committees, although the will be made deputy governor of the Swedish Riksbank and a member of the EU committee. Thomas Bodström, Tomas Östros and Pär Nuder will lead the Social Democrat charge in committees overseeing the work of their former departments – Justice, Industry and Finance respectively.

Former school minister Ibrahim Baylan will not continue to represent his party in education question. That job will be down to Marie Granlund, the new group leader for the Social Democrats in the Education Committee, while Baylund will be an ordinary member of that committee. 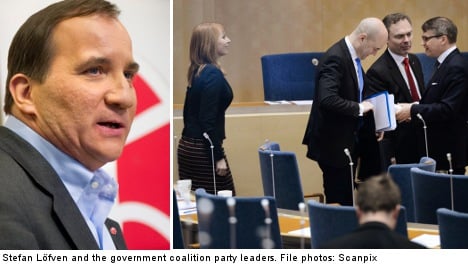