Mathias Sundin, a Liberal Party councillor in Norrköping, reported Kennefalk after reading his blog post on the website of the Social Democrats’ Norrköping branch.

The text in question related to Maciej Zaremba’s series of critical articles about the Construction Workers’ Union’s blockade of Latvian company Laval in Waxholm.

Zaremba, originally from Poland, moved to Sweden in 1969.

“Like a drooling dog, chained to his kennel and waiting for his master to return with a bone, the Pole continues to spread his homespun theories about life in the country’s workplaces,” Kennerfalk wrote.

“But this rabble-rouser has never had any other ambition than to fill his wallet and bank accounts,” he continued.

Mathias Sundin, having first contacted the public prosecutor, has now decided to report Kennerfalk to the police for harassment and defamation.

“The use of this kind of rhetoric is more common on the left than on the right. But enough is enough. Kennerfalk’s text and the police report against him can serve as the starting point for a clean-up of left-wing rhetoric,” said Sundin.

Peter Kennerfalk has now elected to remove the text from his blog.

“My irritation meant that I expressed myself in a very stupid way. I would like to apologize to anybody who took offence,” he said.

Marita Ulvskog has distanced herself and her party from Kennerfalk’s comments.

“We can’t see that there is any excuse for statements of this nature,” she said. 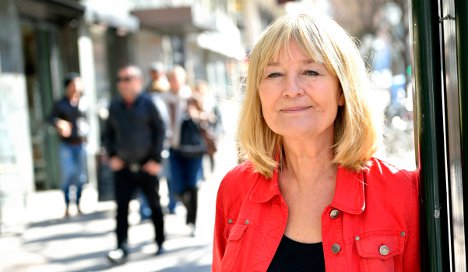