The online auction firm said it was writing down a further $900 million in addition to the payout to the Skype founders. Analysts say this is an acknowledgment by parent company eBay that it overpaid when it bought the company in 2005 for over $2.6 billion.

The $530 million payout to Zennström, co-founder Janus Friis and their fellow original shareholders releases eBay from any future obligations to the Skype founders. Zennström will remain chairman of Skype for the time being, eBay said.

The amount is a far cry from the $1.7 billion they could have earned under the original terms of the deal if they met specific profit targets.

Commenting on the size of the pay-out, Friis said he and Zennström were happy:

“We are approximately half way into the earn-out period and the settlement amounts to one-third of the total possible earn-out amount.”

Writing on his blog, Friis said Skype “has been an incredible adventure and I am proud to have been part of it.”

“Niklas and I are both entrepreneurs at heart, and this allows us to move on to our next projects – and we are fortunate to have two ambitious projects in front of us.” 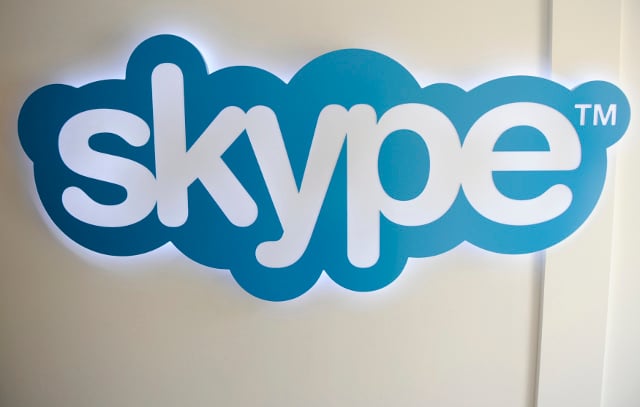 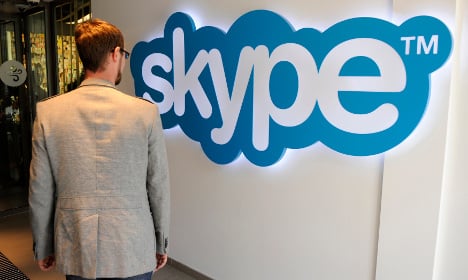 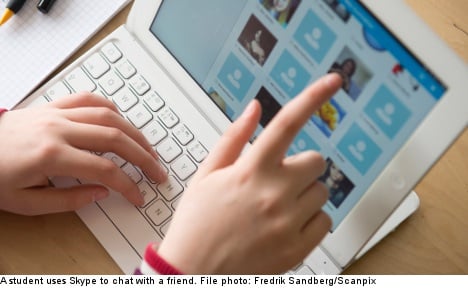 If David Huang had left his native Taiwan for Sweden a generation ago, he would have taken a giant leap into the unknown.

Now, with the help of Skype, the 35-year-old businessman is able to reach relatives from his Stockholm home as easily as if they lived around the corner, and not half a world away.

“Skype has made work easier, but more important than that, it has enabled me to talk to my family whenever I feel like it,” he said.

Internet messaging service Skype, which celebrates its 10th anniversary on Thursday, has shrunk the world in profound ways that few could have foreseen in 2003.

A total of 300 million users make two billion minutes of online video calls a day. And in the surest sign of success, the brand name has been turned into a verb – a rare distinction shared by the likes of Xerox and Google.

In another sign of success, Skype has spawned competitors with a host of similar technologies, most importantly Apple’s FaceTime.

But revolutionary as Skype’s technology may seem, it didn’t start completely from scratch but built on existing communication technologies.

“The significance of Skype was and is the ‘Wow!’ experience of high definition voice, and the sense of ‘being there’ with your distant friends and family in a way not possible before.”

Skype, which allows its online users to make high-quality calls to each other anywhere in the world for free, quickly took off, bringing the world closer together in an age when globalization and intercontinental travel pulled more families apart than at perhaps any other time in history.

These simple instances, she said, include “a mum and daughter being able to see and talk to one another in a way that feels like they’re just sitting across the kitchen table from each other. Our greatest achievement lies in these moments.”

While Skype helps people to stay in touch with those they already know, it also enables new connections to be formed.

One example was early this year, when students aged between 11 and 15 from Woodham Academy in Britain and Merton Intermediate School in Wisconsin carried out a cross-Atlantic dance contest.

SEE ALSO: ‘The future of the internet is at stake’

“For a lot of them, I think they’d been in a small-town mentality where they hadn’t really gone out as far as they might have wanted to into travelling,” said Woodham assistant head teacher Jon Tait.

“They had seen films from abroad, but to actually physically speak to these kids in America was absolutely brilliant. It was amazing.”

Skype isn’t for humans only. At Cameron Park Zoo in Waco, Texas, orangutans Mei and Mukah are rewarded for completing tasks by being allowed to communicate via Skype with orangutans in other zoos.

The question many ask however is: Is it possible to make money on a business offering free calls? US software maker Microsoft thought so, paying $8.5 billion for Skype in 2011.

In the 12 months that ended on June 30th, Microsoft’s Entertainment and Devices Division, which includes Skype, reported operating income of $848 million, up from $380 million the year before.

Within just a decade, Skype moved from being nowhere to being everywhere. Could the reverse also be true? In an era of rapid transformation, could it be gone again in another decade? It’s hard to imagine, according to observers.

“It’s not going to go away. It’s going to be utilized and put into more and more devices, videophones, devices for your kitchen, tablets as we mount them on cabinets,” said Michael Gough, author of the book “Skype Me!”

“I can see for example a home automation scenario, where you have a tablet in your kitchen, an Xbox connect in your living room, and you can literally be on a video call and it will follow you around the house. I can actually see that occurring.”