In late November this year I met former U.S. Marine Captain Brian Steidle, who was visiting Stockholm to show his movie “The Devil Came on Horseback”. His movie exposes the genocide taking place in Darfur as seen through the eyes of an American who has since returned to the US to take action to stop the tragedy.

Brian’s movie was also very emotional for me. It took me to back to the summer of 2004, when I went to Darfur. The faces of the victims of torture, the raped women, starving children and the images of burnt villages will never leave my mind. 3.5 million men, women, and children are completely reliant on international aid in Darfur, an area about the size of Texas or France.

The current crisis in Darfur began in 2003; what is most frustrating is the fact that we´re having almost the same discussion now as we did then. Discussions about UN-troops (will they ever show up?). Discussing severe sanctions against the Sudanese government (will they ever appear?) Debating political agendas with no result. Listening to the ‘never agains’ and mentioning Rwanda, Srebrenica, Halabja until they don´t mean a thing any longer.

We´ve kind of heard the current discussion before, with the endless talk about diplomacy.

Of course we need a renewed Darfur peace process and of course world leaders must make peace in Darfur a top priority on the level of the Mideast-conflict and Iraq.

Of course we need more humanitarian aid and put pressure on China to use its leverage with Khartoum. We need a credible peacekeeping force to protect civilians and to establish a real ceasefire between the different sides in the conflict. The UN must recruit and deploy the hybrid UN-AU peacekeeping force authorized by Resolution 1769.

But there are many other political issues that we never ever even discuss in the context of Darfur: a no-fly zone; a long term federal solution for Sudan; strong sanctions against the Sudanese government.

The people of Darfur have been suffering to long. We have to ask ourselves the question: if Darfur is not genocide, what is? 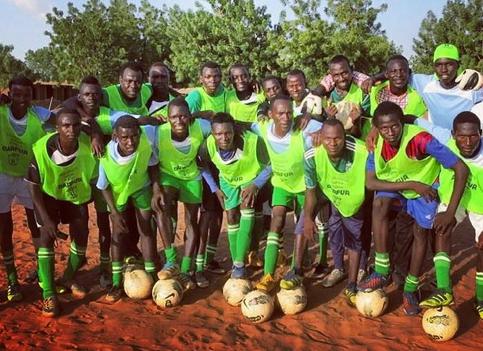 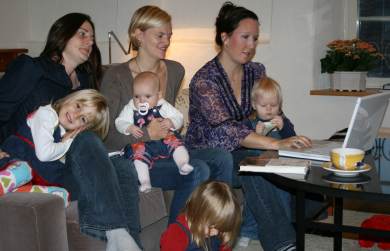 Sweden’s generous parental leave is notorious for having spawned a growing tribe of latte mamas, clogging up cafés with unwieldy prams and generally getting in the way of the childless masses. They are a much-maligned breed to be sure. But perhaps one shouldn’t always be so quick to judge. The Local recently caught up with three American women in Stockholm who, far from discussing designer diapers, were dedicating much of their maternity leave to raising awareness about the ongoing conflict in Darfur.

When we meet – at a café, of course – Cristina Ljungberg, Selina Millstam and Leslie Maunsbach have all temporarily shed their kids. But this is not normally a luxury they can afford. With a child in one hand and a mobile phone in the other, the mothers have been making use of every free second to line up a series of events aimed at keeping the atrocities being perpetrated in the Sudanese region at the forefront of public awareness.

“Our meetings have been at parks, during power walks around Djurgården, over fika in a coffee house, always with a few babies around. It has been unconventional to say the least,” says Selina Millstam, a leadership trainer currently nursing a four-month old daughter.

Among their many other activities, the women have been liaising with the Liberal Party’s foreign policy spokeswoman, Birgitta Ohlsson, about the possibility of organizing a Darfur-related breakfast meeting and film-viewing at the Swedish parliament. Ever since she visited refugee camps in Darfur in 2004, Ohlsson has been calling for more extensive intervention in the region.

“What these women are doing is very important,” she tells The Local. “Sweden, and everyone else for that matter, needs to do a lot more.”

The mothers’ first became involved in the project after one of their number, Cristina Ljungberg, had her eyes fully opened to the extent of the carnage in Darfur by a girlfriend in the United States. Ljungberg listened open-mouthed to stories about her friend’s brother, Brian Steidle, a former US Marine Captain who travelled to Darfur in 2004 as an official military observer for the African Union. Having witnessed a seemingly endless string of horrors, Steidle eventually became frustrated by the inaction of the international community and resigned from the Marine Corps. On his return to the United States he turned his attentions to exposing the systematic destruction of an entire region and its people.

Though already busy running a city centre art gallery and raising two young sons, Cristina Ljungberg was jolted into action by the stories she heard.

“I immediately knew I had to get involved somehow. I didn’t even have a choice,” she says.

Despite having no previous knowledge of film-making, Ljungberg ended up helping to produce The Devil Came On Horseback, a critically acclaimed documentary movie which, according to the New York Times, “demands to be seen as soon as possible and by as many viewers as possible.”

With three daughters – a pair of four-year old twins and their two-year-old sister – Leslie Maunsbach helps bring the group’s kid count up to six. Like Ljungberg, she too runs her own business yet somehow finds time to coordinate Darfur-related events.

“We are living such a fortunate life in Sweden, and I would like to help others who haven’t had the opportunities or luck that we have had since birth. Now as a mother, images of children in the Sudan who are victims of poverty and genocide strike even harder to my heart,” she says.

This is a point to which they all return: the realization that if their children are to live in a better world, they as parents need to be prepared to put in the spadework.

As far as the Darfur project is concerned, their labours have already been rewarded. After countless phone calls and e-mails, punctuated by lullabies and daycare pick-ups, the Nordic Human Rights Convention eventually agreed to screen The Devil Came on Horseback at its conference in Stockholm on November 19th. The women have also arranged for the powerful Darfur/Darfur photo exhibit to be displayed at the conference.

Brian Steidle is then flying to Stockholm to attend two events organized by the mothers’ group. First he will answer questions at the official Swedish premiere of The Devil Came on Horseback on November 20th before reading excerpts from his book the following evening.

The group, which has grown to include “around a dozen women (and one man)”, has also won over Sweden’s national broadcaster – SVT has cleared a slot to screen Steidle’s movie at the end of the month.

Far from the call of the mocha, the mothers stress the importance of direct citizen action and the need to keep putting pressure on politicians, as well as companies operating in conflict regions.

“We all have a responsibility. Really Sweden needs to stand up in the UN and say that this is genocide and it needs to be stopped,” says Selina Millstam.

November 20th, 7pm The Devil Came on Horseback, movie premiere at the Park cinema, Sturegatan 18. Includes Q & A session with Brian Steidle. A limited number of tickets for the event can be purchased by emailing [email protected] or dropping in to New York Stories bookstore, Odengatan 100, Stockholm.

CHILDREN
From Diapers to Darfur
Url copied to clipboard!