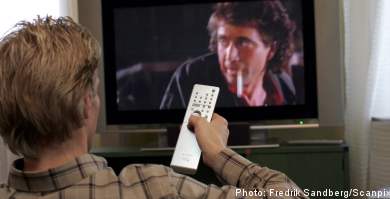 Sweden’s square-eyed inhabitants have their eyes glued to the box for an average of 157 minutes a day, according to figures from monitoring company Mediamätning i Skandinavien published in Dagens Nyheter.

The survey shows women watch television more than men, and that the over-sixties watch on average more television than young people.