In an interview with Svenska Dagbladet, Reinfeldt provided answers to some of the questions that have long puzzled analysts, who wondered why the Prime Minister had kept such a low media profile during the first year of his term in power.

In what he called an “innovative search”, Reinfeldt disclosed that his office had actively sought out people going through difficult times and offered them a one and a half hour audience with the Prime Minister. If the offer was accepted, Reinfeldt would pay them a visit in secret.

“I am always curious about the lives of people in Sweden. And I do whatever I can to form impressions from all parts of Sweden,” the Prime Minister told Svenska Dagbladet.

Reinfeldt said the visits were kept off the official agenda in order to shield people in difficult situations from the media glare.

Those invited included, for example, a young woman whose father had been murdered; a girl who was committed to a psychiatric institution and put under heavy sedation; and a young immigrant boy who was beaten up by security guards on the Stockholm metro.

Reinfeldt said that meeting these people served as a reminder to him about the nature of his office.

“I walk side by side with the people who have vested their trust in me,” he told Svenska Dagbladet.

But the Prime Minister added that not everybody he contacted was interested in a meeting.

“If people have mental health problems or have been exposed to serious violent crimes, they are fragile and do not have the desire to talk,” said Reinfeldt. 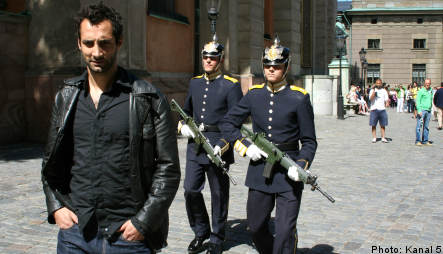