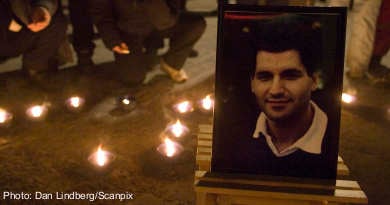 Police said that an old feud between the two family members constituted the most likely motive for the killing.

The suspect was questioned by police on Thursday evening and the investigation is said by Carlson to be progressing well.

Prosecutors have applied for the suspect to be remanded in custody, with a hearing scheduled for 1pm on Friday.

Deniz, 40, was stabbed in Örebro University’s sports complex on December 11th last year. He died of his injuries two days later. Police in Örebro have questioned hundreds of people in a wide-ranging investigation into the murder.