The villain is that pesky voicemail box, which may continue to rack up charges if users don’t also request to have it disabled.

“Many people have their phones turned off and thing that ‘now it can’t cost anything’. But even if you turn off your phone completely you still have to pay for charges when a person calls and leaves a message in your voicemail box,” said Andreas Evestedt from the Swedish Consumer Bureau for Telecom and Internet (KTIB) to the TT news agency.

A person who travels to the United States and receives calls to his or her voicemail box totaling 20 minutes can expect to pay up to 700 kronor ($116), writes the newspaper Metro.

The reason it can be so expensive is that the call is forwarded to the voicemail box (in Sweden) via networks in the other country.

One thus ends up paying both for receiving a call while abroad and for a call back to Sweden originating in another country, even through the call is never answered by the phone’s owner.

How expensive it ends up being depends on the country to which one travels, as well as which mobile service provider one has.

“Therefore we recommend to our customers to check into how they handle answering their mobile before the depart,” said Maria Hillborg with TeliaSonera.

Another potentially expensive device for those on vacation is mobile internet. Earlier this year a man from western Sweden opened up a bill for 55,000 kronor because his modem was connecting to the internet through a cellular tower just over the border in Norway. 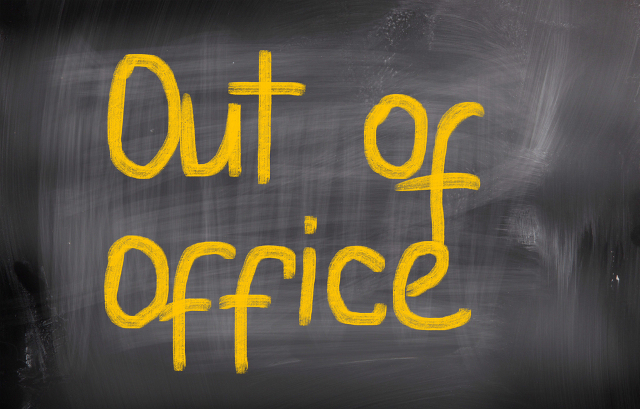 I switched on my out-of-office e-mail reply and decided to enjoy the summer. Photo: Nevenova/Depositphotos

It's now been almost a year since I relocated from London to Sweden, but it still feels pretty fresh. I reckon it's because I haven't yet gone through a full year of all seasons, festivals and other happenings that are bound to be different in Sweden from what they are in London.

One such thing is annual leave – although I technically only have seven more days of annual leave in Sweden than I did in London (30 versus 23), most people in Sweden take about four consecutive weeks of leave during the summer. Yep, that's a full month's worth of leave in one single go. Last time I had that much time off in one go was before I started my first job, age 14. In other words, it's been 14 years since I last went more than one or two weeks without having any work to do.

Committed to my newly found Swedishness, I decided to take a full three (!) consecutive weeks off work during July and August. Mind you, once I went on leave most of my colleagues, and indeed Sweden at large – or so it felt – had already been off and away from the office for about two weeks. In other words, I was already pretty relaxed as I went on holiday, as opposed to stressed out and on the verge of a breakdown as was often the case when I went on leave in London. Nevertheless, having never done this before, I decided to look at how I was affected by being detached from work for so long. Here's what happened: Three days and four books into my holiday.

I went to Kos, Greece, with my sister and her two kids. Three days in I started getting a bity itchy and couldn't believe I was going to do basically nothing for three weeks. However, knowing that I had another three weeks of nothingness ahead allowed me to look back at the previous six months and actually spend a good amount of time thinking about my key learnings, drawn from achievements as well as fuck-ups, both in my professional and personal life.

Going on leave for just a week doesn't really mean you get a fundamental break – it's just a blip in a longer time period, and chances are you'll also try to cram as much stuff as possible into that one week to “make the most of your holiday”, meaning you'll have less time for reflection. I had none of that in Week 1 – in fact, I was borderline bored only a few days in.

This might explain why I'd towards the end of Week 1 already found enough peace to make a plan of what I hope to achieve and want to change in the coming autumn. We're all very good at making quarterly and annual plans for work, but most people don't seem to do the same for their personal lives – and I know I certainly didn't back when I was living in London, simply because I didn't have the emotional bandwidth that's needed for that sort of reflection. Ten days in and all fun and games.

I went to Lisbon with a group of nine friends and felt completely switched off from work. This was a pretty active holiday with loads of surfing, tennis and half marathon training, so there was a lot less time for reflection and reading than in Week 1. We essentially spent a week just playing games and making afternoon cocktails, and it's some of the most fun I've had in a long time. I think we spoke about work once in an entire week – but we still had plenty of other conversations and activities going on, which forced me to remember who I am and what I like doing outside of work.

This was the week when I was reminded of my love for heated debates, feminist literature and – who would've known – sports. I even signed up for tennis lessons in the autumn, so we'll see how that goes.

Week 3: Onwards (and a bit of cheating) 18 days in and feeling somewhat clueless.

In Week 3 I was moving houses – very exciting, particularly considering that I moved into my first own (!) piece of real estate. I also started mentally preparing for going back to work by going to the hairdresser, getting my nails done, and essentially just removing any trace of me having lived in a pool for the past two weeks.

I was seriously excited about going back to work – and then a prospective client got in touch and wanted to meet up for a coffee. There may or may not have been a nervous giggle from my end, and a brief thought as to whether I could still do my job after having been out of the loop for so long (two and a half weeks that is, but it felt like a lifetime). I went for the meeting, apparently remembered how to pitch a client, sealed the deal and went on to draft a first media strategy. The next day I had to go into the office for a strategy and planning day, which further pushed me to put my work hat on and remember what it is that I do, and why. I even started jumping up and down as we discussed the coming plans for the autumn.

I'm amazed at how quickly I could switch off from work, and how quickly I could switch back on. Both processes made me slightly anxious before it had actually happened, but chances are that says more about me than it does switching on/off… Three weeks, or, as it were, two and a half, was just the right amount of leave for me. I know some people take five (!) and I'm sure it depends on whether you have kids or not (Swedish school holidays are never-ending – they go on for about ten weeks in the summer) but I reckon that would be way too much for me. But then again – who knows – maybe I'll learn to love it…

Sandy Errestad is PR and Communications Lead for Minc, the startup house in Malmö. Minc hosts an incubator, a co-working space, and Fast Track Malmö, the most popular startup accelerator in the Nordics. This post was originally published on sandyerrestad.com

PARTNER CONTENT
Five unusual things you can do in Malta
Url copied to clipboard!