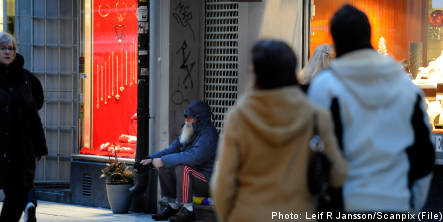 “The differences are greater in 2007 under the Alliance government than in any of our previous measurements. The class society is seen more clearly today than 20 years ago,” said political scientist Sören Holmberg from Gothenburg.

On Thursday, SOM presented its most annual survey on a variety of trends in Swedish society.

The report has been dubbed “Divided Worlds” and attempts to highlight whether there have been changes in people’s attitudes and preferences in the 20 years researches have been carrying out the survey.

“There are large differences between different groups and between genders. But in nearly every case these differences have increased or decreased over time. Things look more or less the same today as they did 20 years ago despite the fall of The Wall, despite the IT-revolution, despite the EU and other big events,” said Holmberg.

There have been changes however when it comes to class issues. While people in general have never had such a positive view of their own finances and those of the country in general, a “large minority” complain that they have not seen the same improvements as others.

“These are people in the periphery – the sick, women, the working class, people in the countryside. Growth has primarily benefited well-educated people in the big cities, white collar workers and small business owners,” said Holmberg.