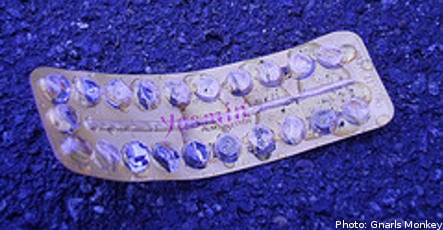 “The declining use of contraception is the most important reason. There is general concern over the use of the contraceptive pill, and abortions and abortion-pills increase as a result,” said Lena Marions senior physician at Karolinska University Hospital to Dagens Nyheter.

Since the morning-after pill became a non-prescription drug in 2001 sales in Sweden have doubled; in Stockholm they have more than tripled to 61,000 doses.

The declining popularity of the contraceptive pill is considered by Lena Marions to be the main explanatory factor. The responsibility for protecting against unwanted pregnancies it seems remains with the woman and the use of alternative forms of contraception have not increased sufficiently to compensate.

Figures from the national pharmacy monopoly Apoteket indicate that use of the pill has been in decline since 2005.

Fear of the side effects of the contraceptive pill are to blame for the trend; these fears are exaggerated according to Marions, who is head of the sex and cohabitation clinic (SESAM) at Karolinska University Hospital.

“There is broad concern over the side effects of the contraceptive pill. As soon as the media make a fuss about a blood clot then use of the pill declines dramatically.”

Agneta Zellbi, senior physician at Stockholm South General Hospital (SÖS), concurs in that the main reason for the increase in abortions and the use of morning-after pills is the declining use of the pill but also notes other factors behind the trend.

Zellbi argues that that changes to sexual habits, delayed parenthood, shorter relationships and primarily the woman’s relationship situation at the time of the pregnancy are decisive factors.

Zelbi underlined that there are positive effects to using the pill also.

“It does not affect future fertility and reduces menstrual bleeding and associated pain and even the risk of ovarian cancer,” she told Dagens Nyheter.