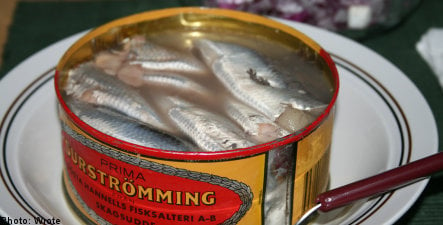 An inmate at the Tidaholm correctional facility in central Sweden recently had a craving for the peculiar seasonal specialty, known in Swedish as surströmming.

He could think of nothing better than the possibility of sharing a can of the fermented fish with an acquaintance.

But officials in charge of the ward denied the prisoner’s request.

When he then appealed the decision to the prison’s management, the inmate was once again denied his wish to crack open a container of the smelly dish.

Surströmming is a security risk, ruled the prison.

“Tidaholm has made a determination to deny the possession of a can of surströmming as this food product cannot be considered in accordance with the facility’s responsibility to uphold order and security vis-à-vis [the prisoner’s] personal engagement in such a culinary tradition,” wrote the prison in its decision.