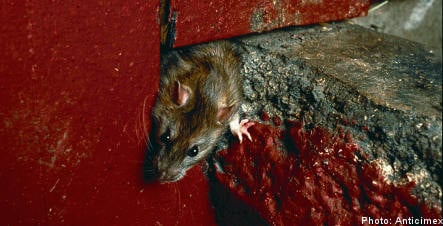 The outdoor subway station provides a charming view of the Old Town, Stockholm ‘s tourist mecca. But no one at the Gamla Stan station is looking at the iconic 17th century buildings looming across the way; not the locals and not even the tourists.

They are preoccupied with an impromptu appearance of Stockholm wildlife right there on the platform. As three cat-sized rats frolic in a discarded McDonald’s bag, a middle-aged Canadian woman groans.

A couple of goth teens from Solna appear mesmerized as the bag undulates and long tails slither frenetically. An American visitor snaps a picture with his digital camera.

“These big guys make Brooklyn rats look underfed,” he laughs. “I didn’t think they had rats in Sweden!”

The world imagines Sweden as a uniquely clean and healthy place. One need only walk the tidy streets of central Stockholm to confirm the partial truth of this preconception. To see a less-publicized Swedish reality, step into most any subway station, then glance down to the tracks.

Over where the rails fade into the shadows, it’s 3 to 1 you’ll spot a representative or two of Stockholm ‘s thriving rat population. The rats of Sweden’s metropolis constitute a parallel universe at numbers experts don’t even bother to estimate: Ten million? One hundred million?

Stockholm rats live on the margins of this affluent urban society. They survive on its refuse and leavings. They reside beneath the surface of private gardens and public parks, in the city sewers and household plumbing.

They dig their nests out of sight but always in close proximity to the structures 1.3 million Stockholmers call home. While no neighbourhood on the capital’s fourteen islands is rodent-free, rats tend to strut publicly at Stockholm ‘s beloved waterside parks as well as the busiest subway station at the city’s centre.

Stockholm’s rats may appear bigger in the eyes of shocked tourist who simply don’t expect encounters with beefy rodents in this sleek, hyper-clean “Capital of Scandinavia”.

Whether Stockholm ‘s rats are actually bigger than foreign rats is a matter for debate. In fact, the Stockholm rat is the same brown rat (Rattus norvegicus) that runs wild in the gutters and mass transit infrastructures of major capitals like London and New York .

Brown rats range from 20-30cm with coaxial-like tails that nearly doubles their size while exaggerating their overall repulsiveness. In the wild they live only about one year but can reproduce at 2-4 months.

Founded in 1934 to suppress pre-war Stockholm ‘s chronic bedbug infestation, Anticimex is a name as familiar to Swedes as Volvo or IKEA. Based in Gröndal, Stockholm, this international corporation suppresses all types of vermin in Germany, Holland, Denmark, Norway and Finland.

In Sweden, Anticimex accounts for ninety percent of all commercial pest control and has contracts with most of Stockholm ‘s boroughs to suppress their rat populations. Don’t even talk about eradication.

“We hope for the best,” says Kjellberg. “And plan for the worst.”

Kjellberg explains that in recent years Stockholm’s own plans to control its rats has had the same shortcomings seen in other European cities. It’s been a piecemeal approach dictated by budgetary cuts with some years the city fighting the rats on it own, in other years hiring Anticimex to tackle the job. Actually, sometimes in the same year, different boroughs of Stockholm have chosen different approaches to fighting their local rats.

“There has been a lack of comprehensiveness about Stockholm ‘s attempt to control rats,” says Kjellberg. “Yet, rat control is one situation that really demands a coherent and continuous plan. After all, the rat population is amazingly adaptable and certainly doesn’t respect neighbourhood borders.”

There is no doubt the rat population is rising in Swedish cites, just as in cities throughout Europe. A recent report by the World Health Organization documents factors that inexorably increase rat populations: Rats eat what people eat. Rats live where people live and when human density increases (as in Europe) so shall the hordes of its furry neighbors. If rats like human food, they seem to love human garbage.

The seemingly eco-friendly, garbage-specific containers that huddle beside most Stockholm apartment buildings provide an ironic catalyst to the local rat population. When a container is stuffed full of its particular genre of garbage, even the most conscientious Stockholmer will leave his/her filled-to-bursting ICA bag on the ground. Thus, on a regular basis, Swedish humans provide a smorgasbord sure to please Swedish rats.

Besides garbage disposal, climate change is a major contributor to the recent explosion in Stockholm’s rat population. In the past, predictably frigid Stockholm winters checked rat reproduction and their ability to cruise the city for food.

Yet, warmer year-round temperatures have encouraged rat populations in Stockholm and throughout Europe. The WHO reports that today’s rats can be infected with such a vast variety of parasites and exotic diseases that they must be considered a serious threat to public health, not a mere nuisance.

A burgeoning infestation in Gothenburg even led the local government in Sweden’s second city to devote a day in September to rat awareness with free seminars to awaken the general public to the peril.

Imitating Gothenburg’s anti-rat town hall meetings might be a good way to raise Stockholmers’ rat consciousness. Indeed, it is Stockholm’s residents–not necessarily its tourists–who need to be made aware of the city’s unwieldy rat situation.

Having the most robust rats in Europe is nothing to brag about; nor is it an issue for Stockholm’s leaders to ignore. Especially if “The Capital of Scandinavia” wants to keep what is primarily an aesthetic problem from evolving into a genuine health crisis and an international embarrassment. 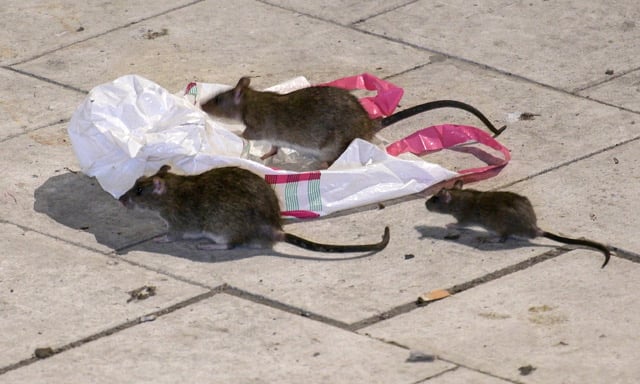 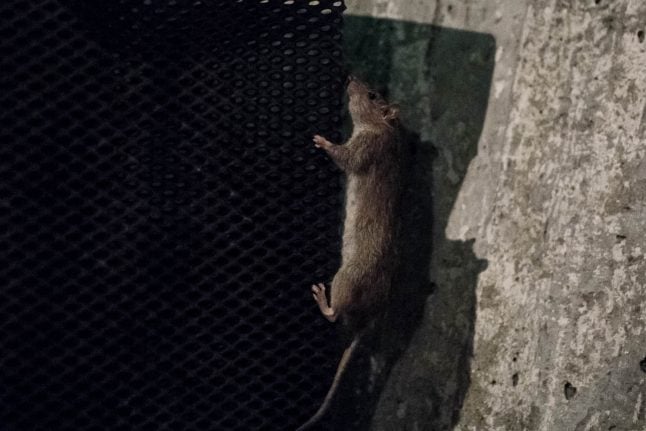