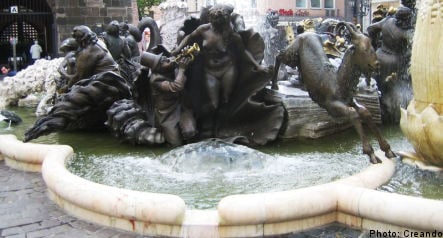 Police in Nuremberg launched a large-scale manhunt after the man approached an officer at the central railway station on Saturday and claimed to have been abducted from his home in southern Sweden on October 21st, newspaper Nürnberger Nachrichten reports.

The man told police that two unknown men had taken him from his home and driven him to Germany in a Volvo with Swedish plates. There they demanded money and stole thousands of euros after forcing him to reveal his credit card details.

The Swede said he was then held against his will in Nuremberg for several days before the kidnappers dropped him off in front of the main station and fled the scene in their Volvo.

Having no reason to doubt the veracity of the story, police immediately committed resources to a search for the alleged perpetrators.

But when questioned in the presence of an interpreter, the Swede confessed that he had in fact fled his home country of his own accord when he no longer felt like speaking to his wife.

The marital fugitive revealed that his impromptu road trip had also taken him to Austria and Italy before he eventually made his way to southern Germany.

Somewhere in the course of the journey, the thought struck him that he was going to have some explaining to do when he finally got home. Realizing his wife might view his disappearance in a more favourable light if he could prove he had been the victim of a crime, the Swede set about concocting his improbable tale of abduction and woe.

Despite the fact that they did not always see eye to eye, the 43-year-old’s wife had taken the trouble to report her husband missing in the intervening period.

But the authorities in Nuremberg were not quite so charitable. State prosecutors ordered a €3,000 bail payment and have placed the Swede under investigation for forging a crime.