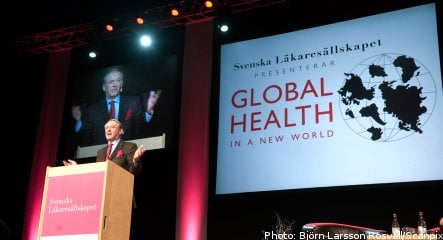 The issue threatens to split the Alliance government with social minister Göran Hägglund sceptical of the practise.

35 percent of doctors were positive to the prescription of medicines to patients with an expressed desire to kill themselves. 40 percent were against and 25 percent were uncertain, according to a report in Svenska Dagbladet.

“We had thought that opposition was stronger within the medical profession,” said Anna Lindblad at Karolinska Institute (KI) which had carried out the study and interviewed 1,200 practising physicians.

Psychiatrists and older doctors were the groups most positive to allowing euthanasia.

Niels Lynöe, a professor of ethics at KI, also expressed surprise at the results of the survey.

“It is an unexpectedly high proportion of doctors which would be prepared to help by prescribing medicines to these seriously ill patients,” he said.

The Swedish state’s medical ethics council (Smer), has recently expressed its support for the idea of doctor-assisted suicide. Smer has called on the government to review the issue but the Minister for Health and Social Affairs, Göran Hägglund, is sceptical.

The issue has not yet been discussed by the government and with several parties in favour of the legalization of euthanasia in principle the issue has the potential to threaten the unity of the Alliance government.

Although Swedish writer and former member of Smer P C Jersild, told the conference in Gothenburg that he expects the issue on this occasion to go as far as the waste paper basket in the ministry of social affairs.

“The Christian Democrats have always been strong opponents,” he said.

Of the general public, 47 percent are in favour of allowing active euthanasia, according to a recent survey from the magazine Fokus.