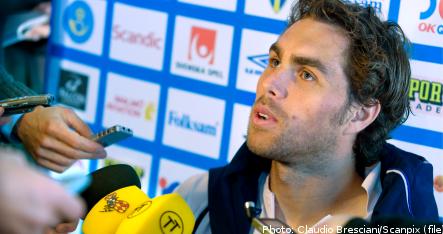 An afternoon that started with Djibril Cisse firing the home side into the lead ended with them dropping into the relegation zone after goals for Matt Taylor and Gary Cahill were followed by Elmander’s strikes either side of half-time.

Both the Swede’s goals were the result of defensive blunders with Danny Collins and Dean Whitehead the culprits respectively and he should have completed a first hat-trick in English football when Kevin Davies sent him clear with quarter of an hour left.

On that occasion, the Swede pulled his shot fractionally wide but Sunderland were well beaten by that stage and had to endure a cacophony of jeers from the home support at the final whistle.

It was Sunderland’s fifth home defeat of the season but Keane must have thought a better afternoon was in prospect when Cisse latched on to compatriot Steed Malbranque’s fine pass to give his side the lead with an assured finish.

But Bolton were in front within nine minutes of the opener.

Gretar Steinsson’s cross enabled Taylor to equalise with a looping heade that went in off the underside of the bar.

Sunderland thought they were level on the half-hour when Cisse blasted the ball home after fellow striker Kenwyne Jones saw a header come back off the bar.

But referee Chris Foy ruled that Trinidad and Tobago international Jones had fouled Jlloyd Samuel as he leapt to meet the cross.

Elmander got clear and went round Gordon but failed to find the net from a tight angle before he finally got on the scoresheet six minutes before the break.

Collins made a mess of a long punt out of the visitors’ box and Elmander was left with the easiest of opportunities to score for a second consecutive match.

Then, nine minutes after the break, the home side pressed the self-destruct button once more, Whitehead losing the ball to Kevin Nolan who was able to tee up Elmander for his second.