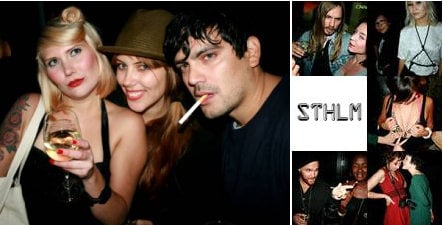 Addicts is putting on quite a party out at Fabriken in Stadshagen with none other than Kleerup playing live.

Guests: The Harrasser (Superdiskant) and residents Cristian Dinamarca and Rasmus Jonsson on the main floor.

There’ll also be giveaways for people who turn up early.

After almost a year and a half at Debaser Medis, Flyktsoda has moved a few hundred metres north to sister venue Debaser Slussen.

But the club is the same: David Kaijser & Gustav Gelin, as well as a couple of interesting pop and rock bands and guest DJs playing the best of indie, Britpop, soul, punk, electro, disco and rock.

The club also hosts Bombens Pianobar, where well-known guest artists try their hand at some covers.

Debaser and Svenska Musikklubben combine to summarize the year in clubbing by bring together 24 of the city’s best pop, rock and indie clubs for one night only. The clubs get half and hour each on one of the two dancefloors: ACE, BLONDIE, BREATHLESS, CHAMPS-ÈLYSÉES, FLUX JUCK, FLYKTSODA, FRITZ CORNER, FÖRVALTNINGEN, HIPPIES, KING KONG, KLUBB KATARSIS, KLUBB POPAGANDA, LOADED, LOVE, MARDI, PLAYGIRLZ, ROCKET ROOM, SEND IN THE CLOWNS, SHOEGAZERS ANONYMOUS, SPIDERDOGS, SPRINGFIELD, SVENSKA MUSIKKLUBBEN, WHO’S THAT GIRL? and 90’S!