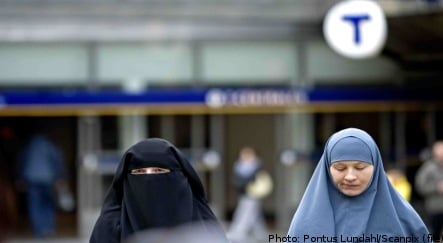 The Swedish Ombudsman against Discrimination (DO) has ruled that student was the subject of discrimination.

The three local councils that share the operation of the school have reached a compromise agreement with the ombudsman over a compensation payment amounting to 100,000 kronor ($7,400), according to local newspaper Helsingborgs Dagblad.

The student attends a hotel and catering course and the course involves a period of work experience at a hotel. But the hotel refused to accept that the girl wore a headscarf.

Staff at the school tried to persuade the girl to remove her headscarf. According to the school they did this out of concern for her well-being and because they wanted to explain to her about the hotel industry in Sweden.

The school’s management accepts that it has made a mistake. The hotel has since changed its regulations and now allows students on work experience to wear a head scarf or ‘slöja’, which can translate as ‘veil’, but which in common parlance is often used to describe all sorts of female Islamic head coverings, including those that just cover the hair.