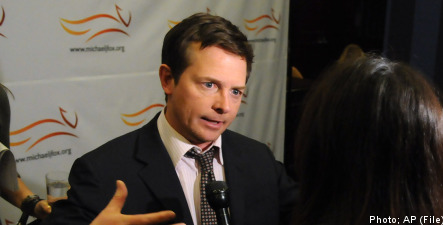 The award will support the company’s development of a new treatment designed to hinder the advancement of the debilitating neurological disease.

Fox, a Canadian-born American actor, rose to fame as the star of the 1980s US sitcom Family Ties as well as the Back to the Future series of feature films.

He was diagnosed with Parkinson’s back in 1991 and launched the Michael J. Fox Foundation for Parkinson’s Research in 2000 to fund research into finding a cure for the disease.

“Our staff and reviewers are excited about the potential of ACADIA’s ER-beta program to yield a new therapy that could better treat patients’ symptoms and potentially affect disease progression,” said Michael J. Fox Foundation CEO Katie Hood in a statement.

ACADIA is headquartered in San Diego, California, and also maintains a research and development operation in Malmö.

The successful proposal was submitted by Roger Olsson, a Sweden-based researcher for ACADIA who is also affiliated with Gothenburg University.

Bo-Ragnar Tolf, head of ACADIA’s operations in Sweden, is excited about the award.

“We always need money,” he told the Sydsvenskan newspaper.

“It allows us to speed some things up, maybe allowing us to bring in another researcher for a certain amount of time. Most of all, it’s a recognition for us and our research.”