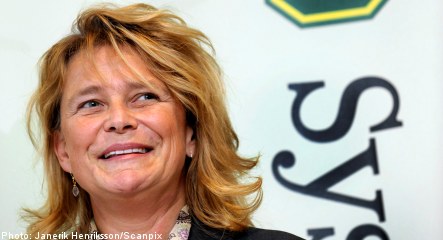 “We all have a relationship to Systembolaget, which gives a face to Swedish alcohol policy,” said Gerger in a statement.

“It feels really exciting to be a part of the company’s continued development.”

In assuming the reigns from Steen, who ran Systembolaget for the past decade, Gerger stressed the importance of the company’s social duty.

“Systembolaget is a well-run company with an important mission to both be socially responsible and provide good service,” she said.

Prior to her work at Arla, Gerger held positions at Nestle and Procter & Gamble. She also serves on the board of directors of Ikea and is a former director with Swedish gaming monopoly Svenska Spel.