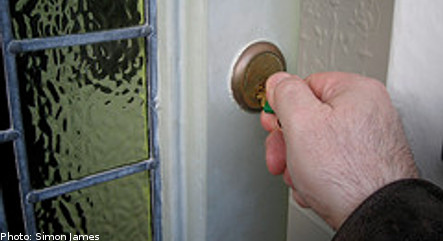 The locks to the 867 apartments have not however yet been changed, local newspaper Sydsvenskan reports.

“A new lock system has been ordered and will begin to be installed on Monday”, Cecilia Ahlqvist at property management firm Newsec said to the newspaper.

The break in to the company’s offices occurred when unrest in Rosengård was at its most intense in December.

As a result of the rioting neither Newsec staff nor the police were able to gain access to the premises in which the keys were stored in response to a burglar alarm.

The keys were kept in a locked steel cupboard. They have not yet been recovered.

Ahlqvist underlines that no tenant residing in any of the apartments has been subjected to a break-in as a result of the key theft.

Fifteen washing machines and tumble dryers have however gone missing since the incident. The keys also open the doors to the communal laundry rooms.

All residents have been informed about the incident. Many of the apartments are equipped with additional Chubb mortice locks and Newsec has encourage residents to make use of these to lock their front doors.

Witnesses in the Herrgården housing development told the newspaper that police had been informed that groups of youths were seen trying to gain entry to apartments, presumably with the master keys.

This could not be verified however as police declined to check out the lead, the newspaper writes.

The apartments in Herrgården are owned by the Norwegian property firm Acta. The firm has recently been confirmed on a list compiled by property magazine Hem & Hyra as Sweden’s “worst landlord”.

The apartments are managed by Newsec, which in the autumn was the subject criticism when reports emerged of cockroaches and mould in many of the Herrgården apartments.

When the reports emerged Newsec apologized and promised residents that the situation would improve.