Prosecutor Barbro Jönsson was driving to work when a bomb exploded at the front door of her house, rocking her whole neighbourhood and sending shockwaves through traditionally serene Sweden.

“It is very hard to describe how I felt when I heard what happened. I think I still haven’t grasped how serious it was,” Jönsson, 53, told AFP more than a year after the attack.

She was prosecuting a high-profile case against a violent criminal gang called the Wolfpack Brotherhood and had just left her home in the southwestern town of Trollhättan on November 20, 2007, when the blast ripped off the front door and shattered the hallway.

Two young gang members were remanded in custody just over a month ago on suspicion they planted the bomb, which could have killed Jönsson had she been at home.

The bombing – one of the first overt attacks on a Swedish prosecutor – prompted calls to root out the swelling criminal gangs that have smashed the country’s tranquil image.

The gangs have caused a spike in a number of crimes, including extortion and loan-sharking – a gang specialty – which have jumped from 740 cases reported in 2003 to 1,715 last year, according to preliminary statistics from the Swedish National Council for Crime Prevention.

Police say it is difficult to estimate the number and size of criminal gangs in Sweden since membership can vary from day to day, but media reports indicate around 1,000 people are actively involved in at least six large criminal gangs with numerous branches across the country.

“This is a serious problem that has grown in recent years,” Swedish Justice Minister Beatrice Ask told AFP.

“We used to be fairly sheltered in the Nordic countries, but unfortunately this problem has surfaced and we must react very forcefully now or else this could be extremely serious in say 10 years,” she cautioned.

Police also think that attacks like the one on Jönsson constitute a novel and dangerous twist in Swedish gang activity.

“Attacks on the judiciary are a rather new and very serious phenomenon,” said Klas Friberg, the police chief in the Västra Götaland region that comprises Trollhättan and Gothenburg.

Jönsson, who moved after the attack on her home and joined a police unit in Gothenburg working to fight gang crime, agreed.

“We risk having judges who don’t dare to judge, prosecutors who are afraid to prosecute and police who refrain from making arrests,” she said, adding that “if that happens, the first bastion against these groups will fall.”

Just four months after the Trollhättan bombing, shots were fired at the home of another prosecutor in the region, Mats Mattsson, who had worked extensively on cases involving criminal motorcycle gangs like Bandidos.

While no one was hurt in that attack either, it prompted more calls for action and sent the government and police scurrying to come up with new measures to combat the scourge.

Special police and intelligence units were created along with a “Knowledge Centre” on gang activity as part of a national strategy aimed at cracking down on gangs and blocking recruitment of new members.

“Local police have to be on their case all the time, making it uncomfortable for anyone who has not yet been fully recruited to hang around these people,” said Justice’s Ask.

The highest concentration of gang units is centred around the southern towns of Malmö and Gothenburg, largely due to their proximity to Denmark, where the gangs also constitute a major problem.

“A few years ago, Denmark carried out very forceful measures against these gangs and a number of these people moved over to Sweden. Now, we hope they will move back, or rather further,” Ask said.

Erik Lannerbäck, a former member of several gangs including the Wolfpack Brotherhood and Bandidos, meanwhile told AFP that simply cracking down on the gangs would accomplish little.

“The main focus should be on getting members to leave the gangs, and to do that you can’t just lock people up and hope they’ll be better when they get out,” said Lannerbäck, who after a decade in criminal gangs began working as a counselor for troubled youths in Stockholm in 2004.

Gang members trying to get out often need protection and help paying off debts and finding a job, but most of all “they need support from people who understand them and can help them see the value in being normal, and to create a new identity,” he insisted.

Lannerbäck said he himself repeatedly tried to leave his life of crime only to be drawn back in by the promise of wads of cash or the desire to once again be feared and respected instead of stepped upon in a menial job.

“It was like a drug,” he said, adding that landing a good job where he was appreciated was what made it possible to get out for good.

“It is very important that people can leave,” Ask agreed, adding that a project to help people get out of the gangs would likely be funded soon.

“Huge efforts are needed and we need a lot of people to push in the same direction, but I think we can bring this problem under control,” she said. 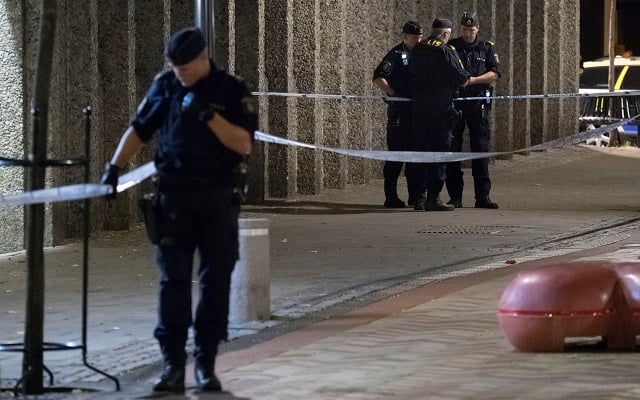 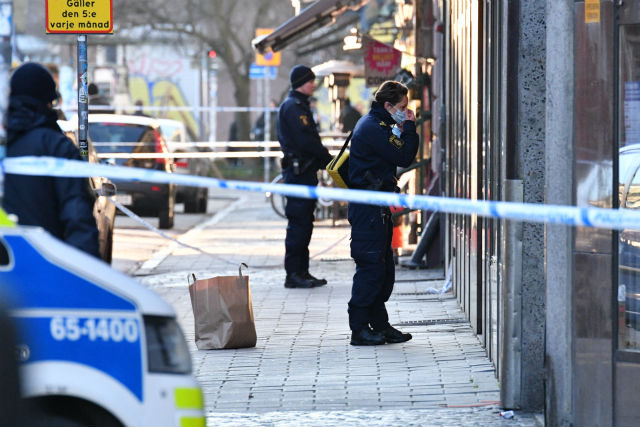