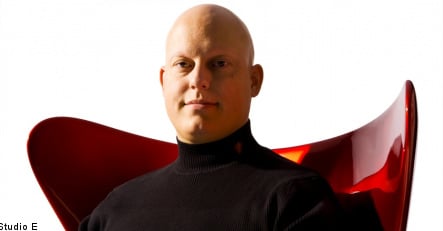 Some experts and commentators questioned whether Saab’s new owners have the necessary expertise to run a car company, as Koenigsegg has yet to detail its plans for the marque and amid speculation it could slash jobs in Sweden.

Koenigsegg Automotive, part of the Koenigsegg Group that signed a preliminary deal with GM for Saab, employs just 45 people and builds just 18 cars a year, sold for more than a million euros ($1.4 million) each.

An editorial in the Svenska Dagbladet newspaper said the deal announced on Tuesday threw up “more questions than answers.”

“The business plan should not only take into account how to solve the financial problems, it should also include a plan for new models, where and how they will be manufactured, and not least how the cars will be sold and marketed,” the newspaper said.

Tabloid Aftonbladet was equally sceptical of the deal, running a piece under the headline: “No, Saab has not been saved.”

The paper pointed out the Swedish government could still refuse to to provide the guarantees for a $600 million loan from the European Investment Bank.

“They (the government), in theory at least, could come to the conclusion that the whole affair is an adventure that should not be guaranteed with taxpayers’ hard-earned money,” the report said.

Saab’s financial woes eased a bit Wednesday when a Swedish court approved an application to write down 75 percent of the automaker’s debts — previously some 10 billion kronor.

Meanwhile, Koenigsegg’s founder, 36-year-old Christian von Koenigsegg, revealed little of his plans in an interview with Swedish public broadcaster SVT, saying only that he had a long-term ownership plan and would follow the business plan previously laid out by Saab’s chief executive Jan Åke Jonsson.

“We think there is potential to develop this with a long-term view. But of course we have a lot of hard work ahead of us,” he said.

But he offered few details about how the new owners plan to restore Saab to profitability.

“We want to focus on the Swedish aspect, build that up again. I see Saab as having its own niche as a post modernist, sporty, comfort car with an environmental aspect,” von Koenigsegg said.

While GM’s announcement on Tuesday said Saab’s production would be concentrated in its southwestern Swedish hub of Trollhaettan, von Koenigsegg gave no guarantees to Saab employees.

“If we become the owners of Saab we will do our utmost to create a strong company that can survive on the international market,” he told news agency TT.

While unions have heralded the return of Saab to Swedish ownership, some media reports have suggested that the Koenigsegg Group, which is backed by wealthy American and Norwegian investors, could have ties to Russian oligarchs.

A company known as the Koenigsegg Group was registered in Sweden on May 29th with US billionaire and founder of Russian telecoms giant Vimpelcom Augie Fabela as chairman.

According to Swedish regulatory filings, the largest shareholder is Alpraaz, a company first started by Christian von Koenigsegg in 1992, with a 42.5 percent stake.