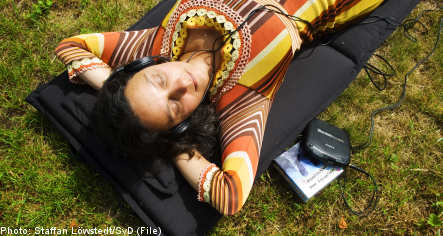 Swedish broadband provider ePhone has said it will appeal a controversial court ruling obliging it to hand over information about its customers to five publishers looking into copyright violations, Svenska Dagbladet reports.

The Solna District Court ruled that ePhone will face 750,000 kronor ($95,000) in fines if it fails to comply with the order to hand over information about the users connected to certain IP-addresses.

The internet supplier said it had taken a decision to appeal the ruling after receiving massive support from its customers and members of the general public.

The company continues to argue that the court had insufficient evidence to secure a guilty verdict. ePhone also stressed that the principles at stake in the case were of major significance.

“That’s why we think it’s important that the case is tried at a higher court,” CEO Bo Wigstrand told Svenska Dagbladet.

ePhone was the first company to be taken to court under the terms of the hotly disputed IPRED law. The legislation, which is based on the EU’s Intellectual Property Rights Enforcement Directive, came into force on April 1st and allows Internet Service Providers (ISPs) to be forced by a court order to release information about users under investigation for copyright infringement.

In its June verdict, Solna District Court found that there was probable cause to believe that ePhone users were violating copyrights and that the company should pay five audio book publishers’ court costs of 75,000 kronor.

The audio book publishers were the first copyright holders to file a case under the new measure.

The publishers, which include 15 authors who suspected their work has been spread illegally over the internet, demanded to know who owned a server suspected of containing some 2,000 audio book titles.

But ePhone refused to reveal who was using the IP-address in question, pointing out that a password was required in order to gain access to the works stored on the computer

As a result, the company argued, the sound files weren’t publicly accessible and thus the matter wasn’t a case of copyright infringement.

The publishers then sought a court order which would force ePhone to divulge information about the users tied to the IP-address.