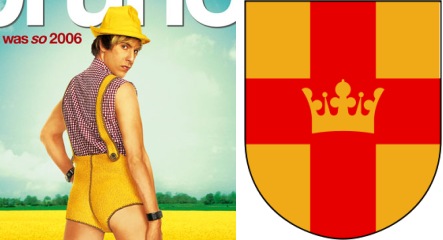 The banner advert, which occupies a prominent position at the top of the weekly publication’s home page features a half-naked, lederhosen-clad Cohen in his new role as gay Austrian fashion reporter, Brüno.

“A film for which we could not offer our support,” Victor Poke of the Salvation Army in Sweden (Frälsningsarmén) explained to Christian website Världen idag on Monday.

“We will be in contact with the newspaper to point out that our logo shall in the future be used in a way that is in harmony with our values and beliefs.”

Several other commercial partners of the Swedish Church-owned website have reacted with angry fervour over the advertisements with one describing their publication as a “catastrophe”.

Kyrkans Tidning’s editor Dag Tuvelius is aware of the criticism of the advert but does not consider it to be in breach of established policy.

“We will listen to them and will take it into consideration over future advertising. But we can not be responsible for every advert as it is not editorial material,” he said to Världen Idag.

“We have a policy that means we do not accept adverts for alcohol, tobacco or is offensive. In this case it has been regarded as offensive by some people.”