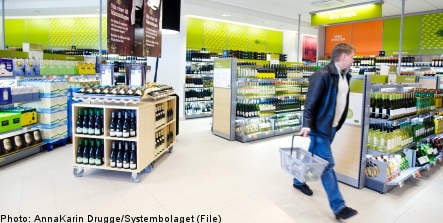 Billig whiskey, Vodka Explorer and Marinella are among the (cut-price) brands that are popular among thieves in the region of West Sweden, according to a report in local newspaper Göteborgs-Posten (GP).

Since the introduction of self-service stores around 10 years ago reports of theft have exploded.

A decade ago, when products on sale were kept in glass cabinets and behind the counter, 93 cases of shoplifting were reported in West Sweden. In 2008 this number had escalated to 536 in the region.

The most common profile of a Systembolaget shoplifter is a homeless person or alcoholic who has been refused service in a store.

“It’s a real failure on the part of Systembolaget. It’s a huge problem when alcohol falls into the wrong hands and they are fundamentally failing to fulfill their responsibilities,” Vidar Aronsson, head of the Swedish Youth Temperance Society (UNF), told the newspaper.

Public health officials are also critical of the alcohol monopoly for not doing enough to ensure its products only end up in the hands of responsible consumers of legal age.

“It’s obvious the company is having problems living up to the task of not selling to drunks if there is a lot of theft. It’s an unwanted effect of increased accessibility,” said Sven Andréasson of the National Institute of Public Health (Statens folkhälsoinstitutet – FHI), to GP.

“It awakens cravings in all of us. If you have money you buy more, if you don’t have money, you steal.”

Despite criticism, however, the state-owned monopoly does not intend to rebuild its stores and return to counter-service.

“Self-service stores have other advantages. You have to take the good with the bad,” Systembolaget’s press spokesperson Lennart Agén told the newspaper.