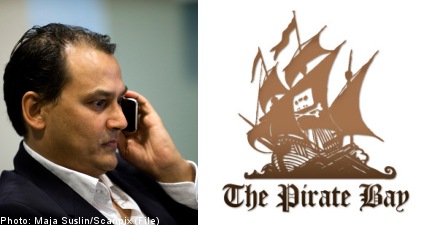 “The Pirate Bay is back. We are looking forward to a successful completion of the acquisition of The Pirate Bay, one of the world’s top 100 sites,” Hans Pandeya, CEO of GGF said in a statement on Thursday.

A strategy has been developed to turn the site, billed as the world’s largest BitTorrent tracker, into a legal service. Details of the plans will be presented in connection with the formal acquisition, the company confirmed in the press release.

“The company is nearing the completion of negotiations with a global actor over a file-sharing agreement which is expected to serve as a model for the entertainment industry.”

GGF has invited its shareholders to an extraordinary meeting in order to confirm the purchase. The 30 million kronor ($4 million) cash purchase price has been secured from a group of investors, the company confirmed.

Global Gaming Factory X reports that it is in discussions with potential partners to develop a strategy to generate revenue from the “strong brand” and is also considering changing its own name to The Pirate Bay.

There has been widespread speculation in mainstream and technology news sources in recent weeks that GGF’s purchase of The Pirate Bay would not be completed.

Technology website TorrentFreak reported on Tuesday that Wayne Rosso, ex-CEO of Grokster and who had joined GGF’s ambitious project, had resigned and had cast doubt on whether their business model for The Pirate Bay was viable.

“I don’t think there’s going to be any money raised with GGF’s current (lack of) plans,” Rosso told TorrentFreak.

The website also cited “a Pirate Bay insider” who said that GGF had been given a week to secure insurance from the investors or the deal would be called off.

But Pandeya continues to project confidence, saying that negotiations with “the four majors” of the music industry – Universal Music, Sony Music, Warner Music and EMI – are proceeding apace.

“The reception has been positive,” Pandeya told the told the Dagens Nyhter (DN).

He added that his group is close to consummating an agreement with one of the labels, but refused to say which one.