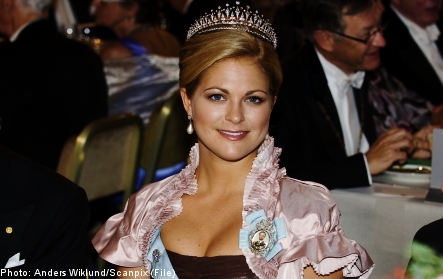 “I have to say I was somewhat surprised when I heard the announcement,” said Pamela Andersson, editor of Queen magazine.

“I didn’t expect it to come the same year as Victoria’s engagement,” she added.

Princess Victoria, the eldest of King Carl XVI Gustaf’s three children and heir to the throne, announced in February this year that she is to marry Daniel Westling, her former gym trainer.

Pamela Andersson said most Swedes would have expected Madeleine, 27, to wait until after her big sister’s wedding before revealing her own plans to tie the knot.

“But there are no rules or anything dictating that the immediate heir should get married first and in a modern country like Sweden I don’t think people will really care that Madeleine is getting engaged now,” said Andersson.

Together for almost eight years, Princess Madeleine and Jonas Bergström “seem to be a stable couple and I’m very happy for them, even though most people thought this would happen later.”

Andersson described Madeleine’s beau as something of an unknown quantity.

“There was a survey on the radio yesterday where they went around and asked people if they knew the name Jonas Bergström and only one person knew who it was,” she said.

“He has kept an extremely low profile. What we do know is that he is very bright, hard-working and ambitious.

Bergström comes from a “good family” from the exclusive Stockholm suburb Djursholm.

“His background definitely works in his favour,” said Andersson.

A date for the nuptials has not yet been announced.

“But the palace has said it won’t happen before Victoria’s wedding next summer or the 2010 election. So I would expect it to take place either in the autumn/winter of next year or the following summer,” said Andersson.