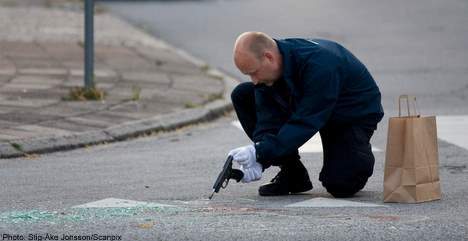 “He is a known criminal, but we do not want to go into any more detail,” Mikael Persson, information officer at the Skåne police, told the TT news agency.

The police received a call that a shot had been fired in the Malmö neighbourhood of Fosie just after 7 pm.

“According to witnesses, the victim was shot by a man who then left the scene in a car,” Persson said.

Police are now looking for the car with a registration number taken down by a witness.

He said he is unaware of whether the perpetrator was driving the car. No one has been arrested.

Police found a pistol and casings at the scene. “They have now been submitted for forensic analysis,” Person said.

The victim was transported to Malmö University Hospital, where he was declared dead.

Police believe the incident was a settlement between criminal gangs due to the victim’s background and the way he was shot. A preliminary murder investigation is underway.