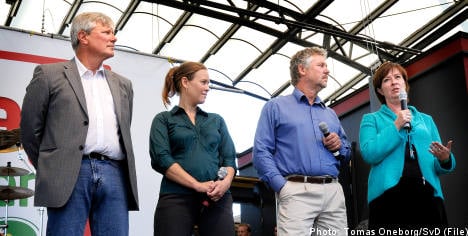 According to the Sifo survey, published in several morning newspapers, the Christian Democrats would fall below the threshold for parliamentary seats if there were an election held today.

The party polled 3.7 percent in the poll.

“I think that the Christian Democrats will gain support votes. But they should of course deliberate why their support is so low,” Toivo Sjörén at Sifo told the Svenska Dagbladet newspaper.

At the same time only 16 percent of those interviewed would prefer to see Mona Sahlin as prime minister. More than twice as many, 37 percent, prefer the Moderate party leader Fredrik Reinfeldt.

Political science professor Marie Demker explained that the figures indicate that Mona Sahlin is not accepted as the given leader in the same way that Fredrik Reinfeldt is.

“The voters don’t really know where they have her, she has not really been tested yet,” Demker told the Göteborgs-Posten newspaper.